BingaraLatest NewsGeneral100 years of the of the CWA of NSW recognised

100 years of the of the CWA of NSW recognised

100 years of the CWA of NSW was recognised in Bingara last August with the unveiling of a monument in recognition of the centenary.

In attendance were large number of community members, Gwydir Shire Council representatives and over 70 members of the CWA of NSW from across the state who travelled from as far away as Dubbo and Sydney. 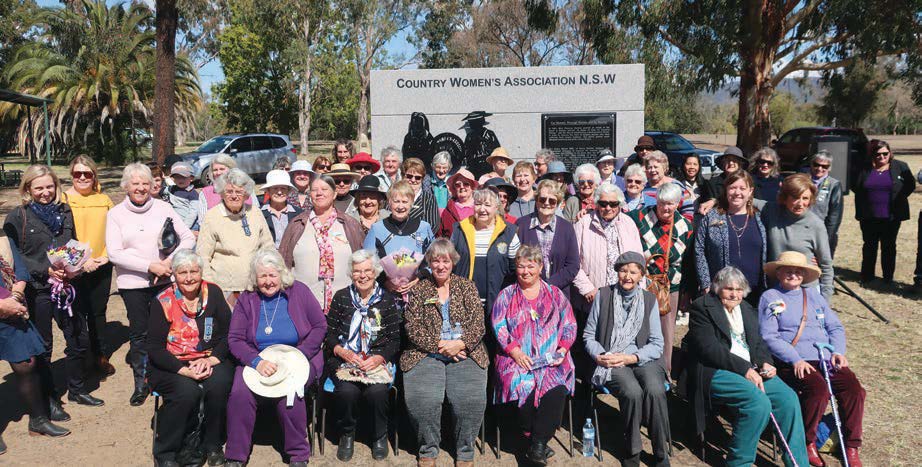 Attendees of the unveiling of the CWA monument in Bingara.

Also in attendance were members of the Munro family, direct descendants of Grace Emily Munro, the founder and first president of the Country Women’s Association in 1922. Mrs Munro’s Grandson Mr Hugh Munro addressed the crowd and relayed fond memories of his grandmother and her determination and tenacity. 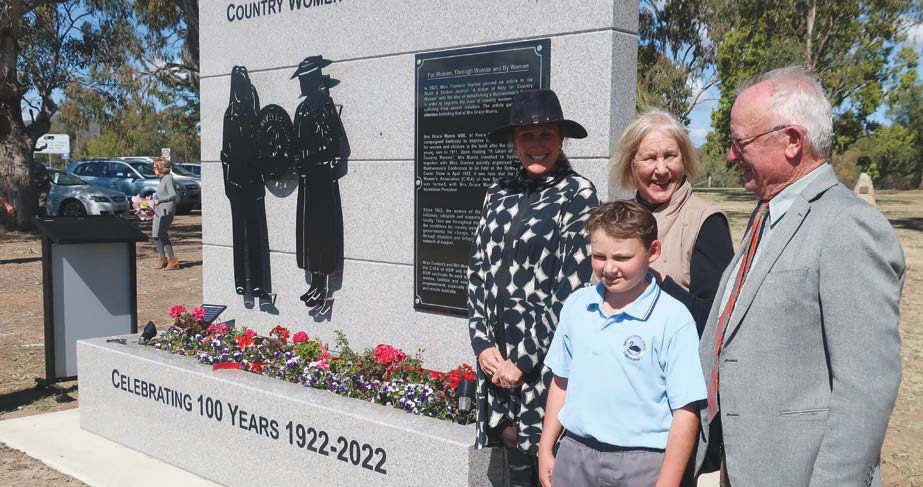 The Munro family also attended the unveiling who are the direct descendants of Grace Emily Munro.

Former Associated Country Women of the World President MRS Ruth Shanks AM officially launched the memorial on behalf of Mrs Jenny Mitchell OAM, and past president of CWA of NSW who was the driving force behind the establishment of the monument.

The project was made possible by the Federal Government’s Drought Communities Program with assistance by the Gwydir Shire Council.