Last month Bingara’s Amelia Kilmore was successful as Runner Up, Rider Class, in the Under 9 Years when she competed at the NSW Country Hack Championships held at AELEC, Tamworth. 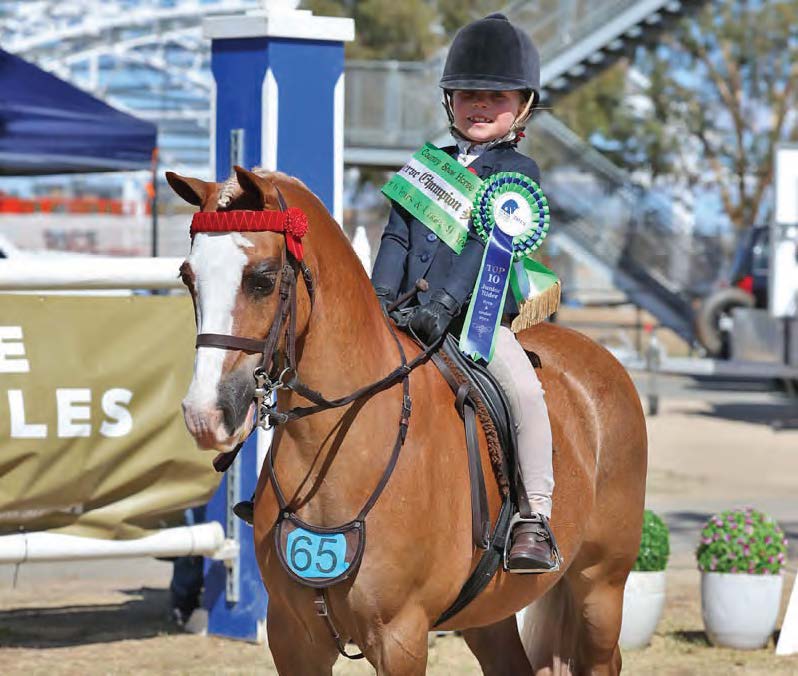 The three day program was open to over 500 competitors from across NSW. Proud mother, Renae Kilmore, told The Gwydir News that the weekend had been a great success for Amelia. “For a little rider, from the bush to go there and do this is just amazing. It’s not very often that this gets to happen.”

“Amelia was competing against older riders, seven and eight years old. Once you win and Champion or a reserve or runner-up, that’s your Golden Ticket to compete at Grand Nationals. Now she has the golden ticket which means she can compete at Sydney International Equestrian Centre.”  “We don’t get a break over Christmas now. It means that we keep riding and having fun,” said Renae.

The weekend was one of nine shows in NSW in which riders can qualify for the National Championships to be held in Sydney in March 2020. “Grand Nationals will be held at Sydney International Equestrian Centre (SIEC) in Sydney. “She’s so excited to be going to Sydney.”

Sophie Latham, just three years old, also competed at the Championships, participating placing in the top 10 in the Open Leading Reign. She also entered the Tiny Tots, 3 and under 6 class.