GoFundMe Page to support the family of the late Campbell Abra

A serious motorbike accident on January 27 took the life of Warialda local, Campbell Abra.  Campbell Leo Abra, the youngest son of Mark Abra and Sonia Apthorpe, left his home that he shares with his partner Sam and their one-year-old daughter in the late afternoon to ride his prized dirt bike.

An activity he would almost do daily, he left wearing a helmet, goggles, gloves and boots but when he didn’t return by nightfall, a worry came over Sam and his mother Sonia.  After searching for Campbell, he was found unconscious around 30-metres from his motorbike in a scrub area near Warialda, five hours after he left the house. 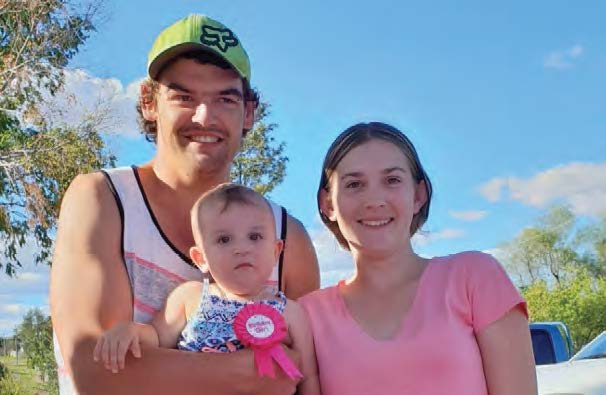 Suffering from critical head injuries, he was airlifted to the Gold Coast University Hospital where he remained on life support with his family by his side.

His family were given the bleak and devastating news that there was nothing left for the doctors to do given the extent of his injuries. Tragically, Campbell passed away last Monday, February 3.

Family friend, Fallyn Munro, arranged a GoFundMe page to take some financial pressure off his loved ones during this painful time.  “While money will not ease the pain, we hope to take some of the financial pressure off Sam and Terrie-Lee while also helping give Campbell the farewell he deserves and allowing Mark and Sonia much needed time to grieve their unimaginable loss,” read the description.

“Campbell, Sam and Terrie-Lee’s lives together had just begun; Campbell was set to start an apprenticeship this coming week having completed a three month trial, they were making plans of buying a home, expanding their family and altogether having a bright and loving future.  “Thank you for your generosity, love and support,” the description concluded.

There has been an outpouring of support from the community during this difficult time when a loving son, father, partner, brother, uncle and friend was taken far too soon.

In just one week, the fundraiser has received over $2,500 in donations.