The running water in the Gwydir attracted the North West NSW Birdwatching Group to conduct a birding outing around Bingara on Sunday 25th August,2019.

Participants came from Narrabri, Moree, Delungra, Inverell as well as Bingara to see the great range of birds that the Bingara area has to offer. Colin Ritchie of the North West NSW Birdwatching Group said that Bingara was a unique area for birdwatching as there is a crossover of both eastern and western bird species. 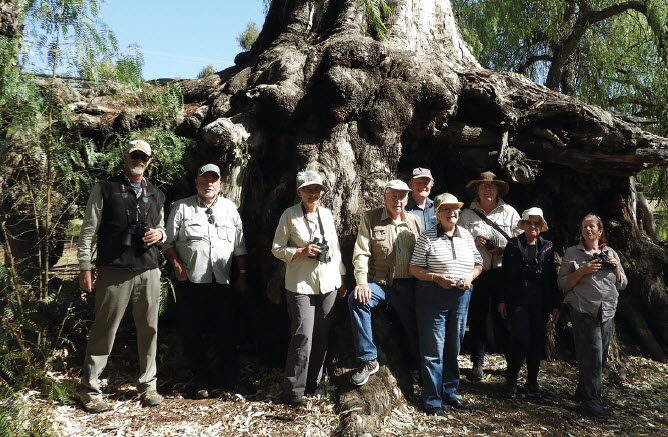 Members of the North West Birdwatching Group by the Gwydir River in Bingara.

In several hours they saw 60 species of birds including several unusual and rare ones. Colin said that several farmer attendees stated that it was great to take a break from the drought and enjoy both the birding and the water around Bingara.