Bingara Central School’s Kaitlyn Starr, is set to be a published author after her entry in the Write 4 Fun writing competition was selected for the competition’s anthology. 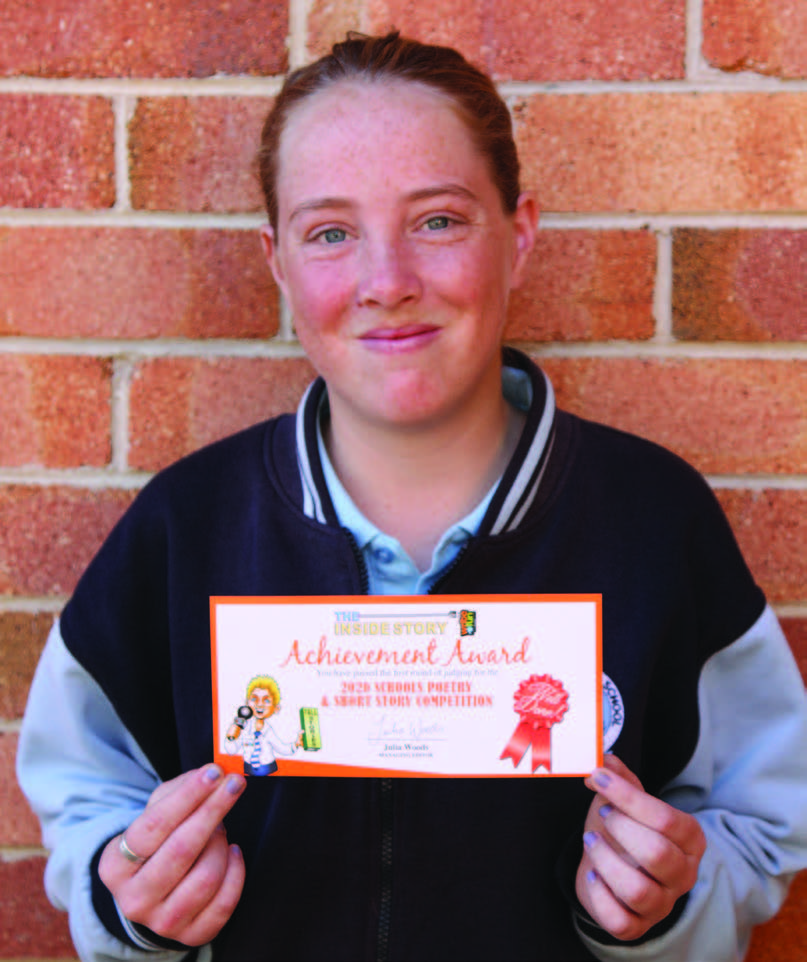 The year 9 student’s short story, “Empty Heart”, tells the fictional tale of a character, trained to limit their capacity to have feeling in order to complete their role as a soldier in a war.  The central character battles with the requirement, to have an ‘empty heart’.

With an open theme and style encouraging entrants to let their imaginations run wild, Kaitlyn’s biggest challenge was to limit her story to just 500 words. With the help of her teachers, Mrs Pleffer, and Mrs Coddington, Kaitlyn completed her story and entered online during the holidays.

“English is probably my favourite subject. I just like coming up with ideas and putting different ideas together to make a whole story,” said Kaitlyn. This is the second time she has entered the competition, having previously had a short story published in the 2018 edition of the book, which showcases selected entries in the competition. On getting through to this round of the competition Kaitlyn, says she is proud of herself, “It feels really good.”

Write 4 Fun, which also has a poetry section, was established in 1997 to enhance the writing abilities of high and primary school students throughout Australia and New Zealand. The winners will be announced on 24th June, with the book set to be released in November.