Kara Watson is turning heads with her pink hair, but all for a good cause. She is participating in the National Breast Cancer Foundation’s GO PINK campaign, raising money for Breast Cancer research. 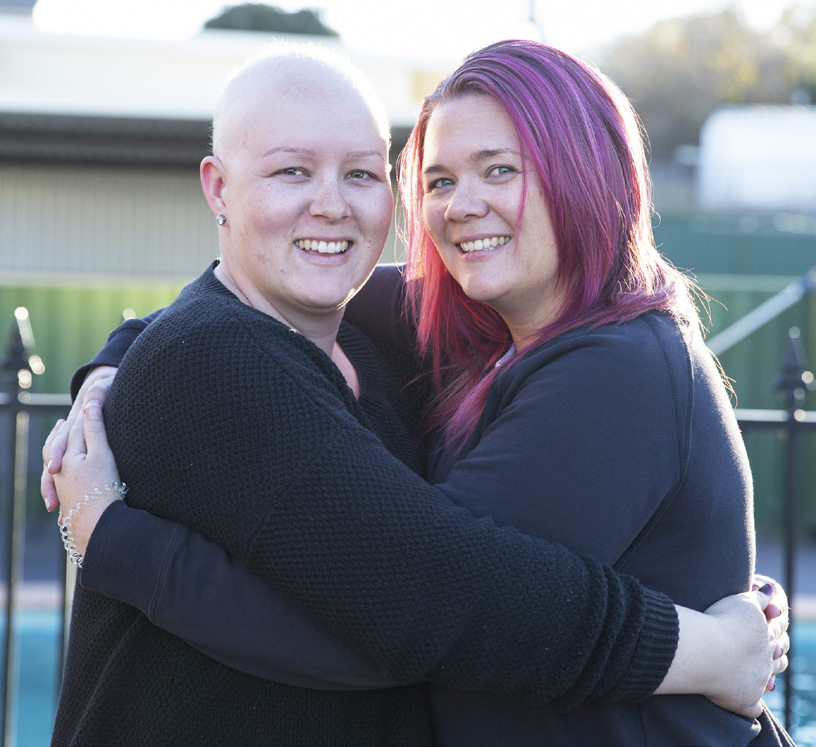 Kara’s sister Kolah was diagnosed with breast cancer last year at just 26 years of age. Kolah first found a lump in her breast in June of last year and that began a whirlwind of treatments and surgeries. She underwent a double mastectomy and reconstruction in December, eggs extracted for future IVF in February and now has just one round of chemotherapy treatment to go after already completing 15 rounds in the past 20 weeks.

“I healed well from the surgery and the chemo has been reasonably kind to me. The first four rounds were a lot harsher because of the drugs I was on – I felt like I had a hangover for 5 weeks.”

Kolah said that when the COVID-19 pandemic first began it certainly worried her. “I basically didn’t go anywhere for 6 weeks apart from home and the hospital. I had to stop work.”

Kolah has encouraged women (and men) of all ages to get into a habit of checking their breasts. “You don’t always think about those kinds of things when you’re young, especially if you don’t have any family history of breast cancer. But just because you’re not in that high-risk category doesn’t mean you wont get it,” she said.

The GO PINK fundraiser isn’t just about raising money for the National Breast Cancer Foundation (NBCF), but Kara says it also serves as an opportunity to raise awareness. “I think younger women are a lot more aware of breast cancer these days, because we’re all talking about it a lot more.”

Despite 53 women being diagnosed with breast cancer every single day, since the NBCF was first established in 1994, the five year survival rates have improved from 76% to 91%. Breast Cancer is the most commonly diagnosed cancer in this country.

Fundraising will continue for one more week, until the end of the month. You can donate at https://fundraise.nbcf.org.au/fundraiser/karawatson