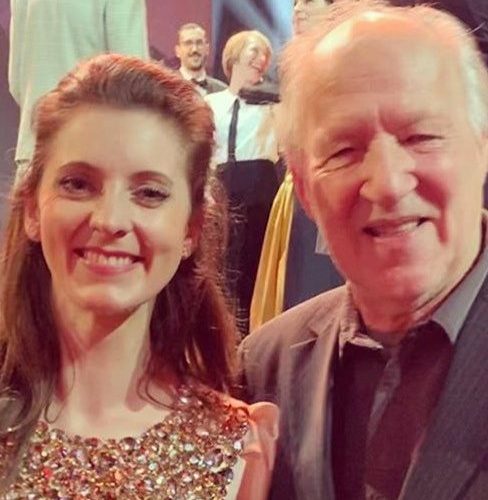 The awards recognize excellence in European cinematic achievements and this year’s recipient was Werner Hertzog, famed for his iconic movies and documentaries created over more than five decades.

The “Aria for Werner Herzog”, was written and composed by Dietrich Bruggeman especially for the occasion.  Lexi performed whilst standing on a small dinghy, a comic tribute to one of Herzog’s famous movies “Fitzcarraldo”.

Lexi is a featured soloist at the Deutsche Oper Berlin, and is making her mark across the opera world in Europe. Last week she made her debut as Gretel in Hansel and Gretel, before returning to roles in Don Giovanni and La Boheme, among others.