“The Party” is back on…and you’re invited to join in!

The North West Theatre Company is delighted to announce that their production of the hilarious Australian play “It’s My Party (& I’ll Die if I Want To)” by Elizabeth Coleman, is back in rehearsal and will be performed at The Roxy Theatre on June 15, 16, 21, 22 and 23.

The show was originally scheduled for April but a serious injury to one of the actors led to the need to postpone and then to seek a replacement. The company has found just the man they need with Joe Scullino to take over the role of ‘Michael’ from Stu Devlin. We wish Stu a speedy and full recovery.

Joe was born and raised in Sydney. He did a three year apprenticeship at the Ensemble Theatre in Kirribilli. “I have worked professionally on stage and in television,” he said. “I’m tertiary educated in maths and science and became a senior maths teacher at high school and I really like fruit,” he added.

It’s My Party …” is a riotous comedy about a very dysfunctional family. The father Ron Patterson (Rick Hutton) has sought medical advice following a series of symptoms and has been told by his doctor that he has ‘three months to live’. The ever pragmatic Ron takes this advice literally and has calculated to the exact minute the time when he will ‘shuffle off’.

Of course his three grown up children, Michael (Joe Scullino), Debbie (Tanya Heaton) and Karen (Monica Coddington) don’t believe him but, encouraged by their mother, Ron’s long suffering wife Dawn (Lee Loudon) they contrive to humour Ron and carry on as if he really is going to die that evening. Ron has even arranged for the undertaker Ted (Garry McDouall) to come to the house in readiness for his passing.

Added to all of this is a trail of secrets and revelations that rock the Patterson family from pillar to post and lead to more and more hilarious moments.

This is a wonderful entertainment not to be missed. For those of you who like to get involved with the special occasion of ‘Opening Night’ the NWTC is offering a prize of a double ticket to the show to the best two ‘party outfits’ in the audience on Saturday June 15. If you win you can use the ticket to see the show a second time or give it away as a special treat for a friend. 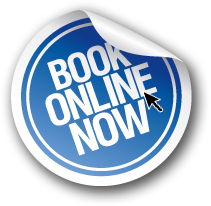 Tickets for “It’s My Party …” are $25 for adults and $20 for concessions and students and available through the Bingara Visitor Information Centre on 6724 0066.

Disregard dates on the poster as the performance has been rescheduled due to cast illness.