For a boy from Bingara, John Fordham certainly pulled a crowd of important figures: a sitting NSW Premier, a former Australian Prime Minister, sporting legends past and present, radio and media titans as well as Kings Cross identities.  400 mourners packed St Francis of Assisi, Paddington, last Friday afternoon to farewell a man who lived an extraordinary life – both professionally and personally. 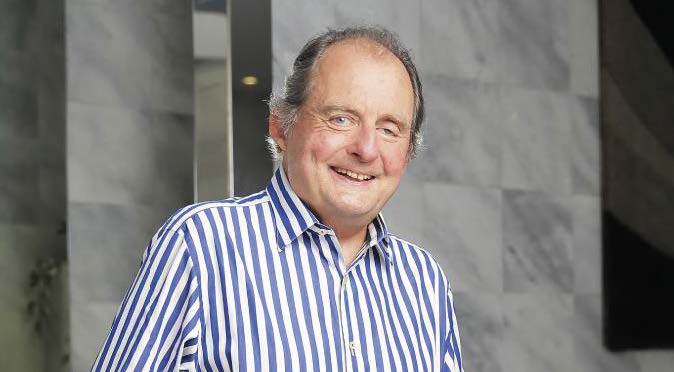 Mr Fordham was intimately involved in some of the biggest sports, media and business deals that helped shape a city and a nation for half a century, regardless of all he had achieved, he was still proud to be from Bingara and often returned, visiting friends. His father, Clem was a life insurance agent with National Mutual in Bingara before relocating to Gunnedah and later, Newcastle.

NRL boss Todd Greenberg, Canberra Raiders coach Ricky Stuart and cricketer Ian Chappell were also in the church, joined by former rugby union and rugby league stars. Former News Limited boss John Hartigan and new head of Macquarie Media Tom Malone were also in attendance. It was a fitting turnout for a man who was remembered as someone who could always share a joke but at the same time was a talented businessman who would fight hard in negotiations to look after his clients.

For John, or “Jack” as he preferred to be called, family mattered most to him, not the celebrities or corporate chiefs. Jack was 75 years old when he died on Sunday surrounded by family after succumbing to throat cancer. His daughter, Sarah Fordham, spoke not of the man behind the headline making deals but rather more for the father, grandfather and loving husband. For all his achievements, she said, his greatest was his wife, Veronica, children, and grand¬children.

His career began as a news reporter before time with Qantas and the inception of The Fordham Company, the business he and Veronica started in the garage. Sarah celebrated the almost 47-year-long partnership of her parents, sharing that when he was based in San Francisco, he had cut out a photograph of her mother in a magazine and declared he would meet and marry her. And he did.

Sarah imagined her father in his happy place, sitting back among his mates. “He is the proudest of husbands, of fathers, of grandfathers … and with that he will raise his drink and with a cheeky glint in his eye, he’ll repeat one of his favourite quips: not bad for a boy from Bingara.”

And as Frank Sinatra’s I Did It My Way played while his coffin was carried by AFL great Paul Roos, businessman Mark Bouris, retired Australian captain Mark Taylor, former NRL greats Wally Lewis and Adam MacDougall and Outback Wrangler Matt Wright, everyone could only agree.