2015 marks the 150th anniversary of The Salvation Army worldwide. Founded in the slums of London by former Methodist minister, William Booth, The Salvation Army quickly spread worldwide and is now operational in 126 countries around the world, helping people find freedom.

The Salvation Army has been a vibrant presence in Bingara for more than 100 years. Its first meetings were held on the street and it then secured an old dance hall, which became The Salvation Army’s first citadel (church building). In 1990 The Salvation built and opened a new hall in Maitland Street. 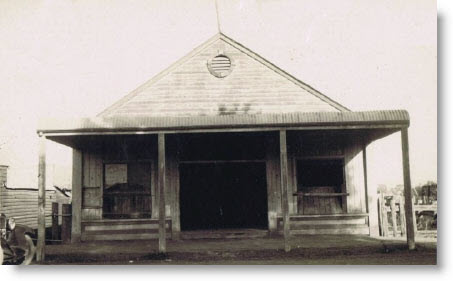 Early opposition
During the late 19th century and early 20th century many local councils employed a person in the role of “Inspector of Nuisances”. The role seems to have had a wide-ranging job description that allowed various inspectors to harass the early Salvation Army. In Bingara, the “Inspector of nuisances” tried to serve the local Salvation Army with a summons for being the ‘boss nuisance of the district.’

The Sydney Mail reported on January 26, 1895 that in the Inspector’s enthusiasm, “he collided with the standard-bearer’s poke-bonnet, and tripped over an old lady who was bringing up the rear with a triangle!” The magistrate found no offence had been committed by The Salvation Army but awarded damages against the inspector.

After the court case the Municipal Council’s servant was ‘provided with a fortnight’s seclusion and low diet in the local goal.’ 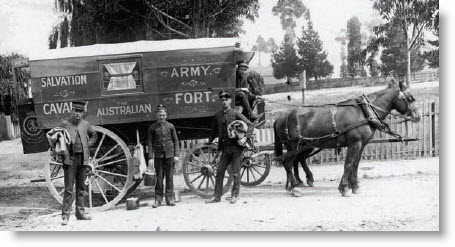 Cavalry Fort used for rural ministry in the late 1800s.

In 1946, The Salvation Army appointed Captains Flo Whittaker and Ruth Smith to the western region of New South Wales in charge of an evangelical unit, Field Unit1.

During these years they experienced floods, droughts, dust-storms and bogs as they travelled thousands of miles – conducting meetings in shearing sheds, hotels and isolated schools.

They were the first of many Salvation Army officers who travelled through north-west New South Wales in Field Units.

Today, Envoys Lloyd and Vicki Graham are The Salvation Army’s rural chaplains based in Bourke. For the past seven years they have supported countless property owners.

“With so many years of drought and now having it come back again, a lot of people’s resources have just been stretched beyond coping,” said Lloyd.

“So we come alongside them, helping them with practical assistance around the house or the farm, and just ease their emotional burdens by listening and caring.
“We also distribute drought assistance where we can.” 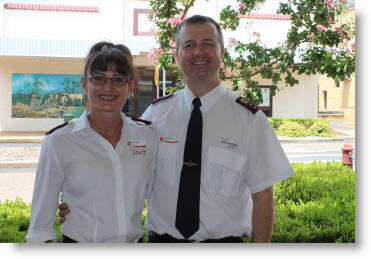 Celebrating 150!
The Salvation Army marked its 150 Year Anniversary with an International Congress, called Boundless, in July. The congress celebrated the past and focused on new ways The Salvation Army can bring hope and light to people across the world in the future.