The annual Orange Festival has again been hailed a success by all who attended.

In last week’s Gwydir Shire Council Committee meeting, it was agreed that this year’s festival was one of the best in a long time, with all executive and councillors praising festival organisers on their exceptional job. 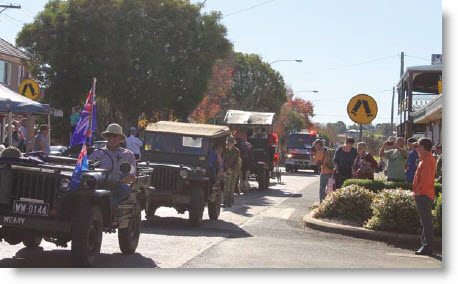 The festival parade was one of the most impressive to date.

“This festival was two years in the making,” Councillor Catherine Egan said.

“We knew what the theme would be a long time ago so a lot of work had gone into it.”
Mayor John Coulton commended the event and praised all organisers who put the weekend together.

“A lot of thought went in to it, it was a great weekend,” he said. “It was a great success and all staff that were involved gave an exceptional amount of time and work,” Cr Egan said.

“The orange picking was great, although I think everybody was so quick that I didn’t even end up with an orange,” said Cr Coulton.

The Orange Festival is the first of Gwydir Shire’s two major annual events, with Warialda’s Honey Festival set to take place in September this year.

The event has been changed from the usual November weekend to avoid the high temperatures.