Bingara’s Australia Day Ambassador, Joseph Tawadros, Australia Day had even more meaning as he has been appointed a Member of the Order of Australia (AM) for his significant contribution to Australian music.

The 32 year old oud virtuoso and composer was born in Cairo and migrated to Australia with his parents when he was just two.

His Australia day address carried the usual theme of how it is great to be an Australian but delivered in a very amusing, self effacing manner. Deputy Mayor, Catherine Egan, announced Mr. Tawadros’ AM to the crowd attending the Australia Day breakfast held at the Museum.

After the formalities, the ambassador mingled with people in the museum grounds which once again provided the perfect backdrop for the celebrations. 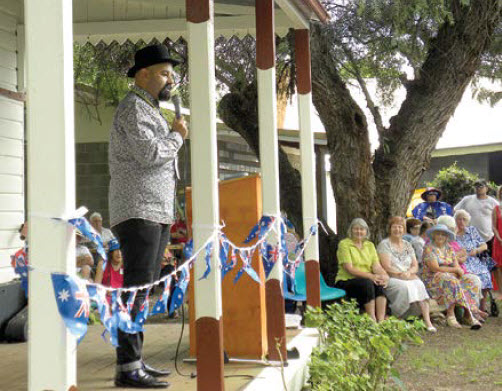