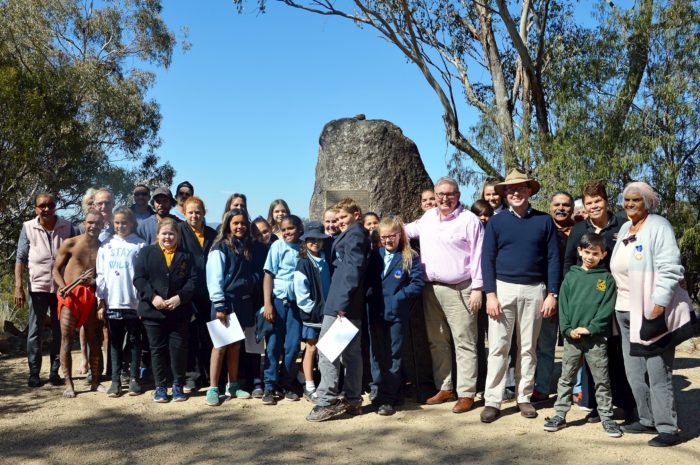 Mr Marshall commended the work done by Friends of the Myall Creek Massacre Memorial group and the wider community in developing education and awareness of the massacre.

“I have attended the annual memorial service on six occasions over recent years and noticed the rapidly-growing crowds attending, with visitors from far and wide making time to join the commemoration,” Mr Marshall said.

“It is pleasing that the 200th annual event next year will have additional financial support to meet that growing demand and ensure the history of this massacre is and the message of hope and reconciliation is shared with as many people as possible.”

When completed, the Myall Creek Education and Cultural Centre will enable the truth of the massacres of Australia’s first peoples to continue to be told, and provide a keeping place for Aboriginal peoples’ cultural heritage.

“I am so pleased to provide this grant to continue the important work of the Myall Creek Memorial site in bringing together Aboriginal and non-Aboriginal people to commemorate this significant event in our shared history,” Mr Harwin said.

“Myall Creek marks a dark moment in our history and acknowledging this is one of the most significant acts of truth telling we can participate in”.

The one-off grant comes on the back of a $1.066 million announcement by Mr Marshall  in March this year to complete Stage Two of the Education and Cultural Centre project at Myall Creek.

Stage One of the construction will be completed in time for next year’s 20th anniversary commemorations to provide a performance and ceremonial space for the gathering.

Each year the Friends of Myall Creek bring descendants of the survivors and perpetrators together to acknowledge the massacre of 28 Gomeroi women, children and old men in 1838 at Myall Creek by 12 white settlers.