Bingara Angler’s Club was busy last week as they welcomed 600,000 yellow belly larvae from the Department of Primary Industries. The larvae are currently only just visible and will be grown to reach approximately 50mm over the next eight weeks.

After arriving in Bingara, the larvae were released into the hatchery’s fry ponds where they will be cared for and fed via a combination of methods designed to encourage plankton growth. 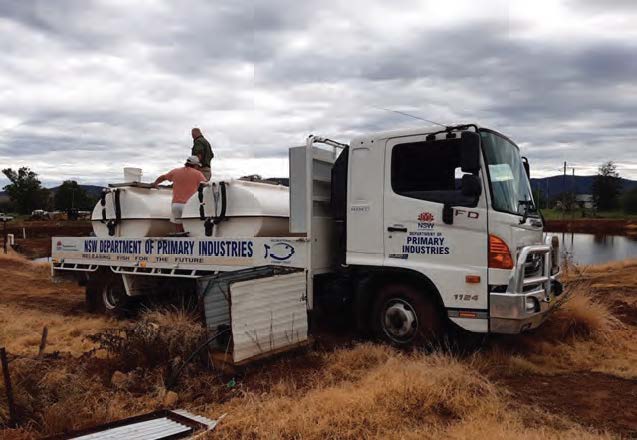 Photo: Bingara Hatchery: FINGERLINGIN’ GOOD: The DPI delivers the larvae which will raised to releasable size.

The Manilla Native Fish Hatchery was originally destined to have an equivalent number of yellow belly delivered this week, however after recent flooding in the river this was no longer viable.

Manilla’s loss was Bingara’s gain as the club has loaned their paddle-wheel aerators, which according to member’s of the club will hopefully provide a better chance of survival for the fish.

Bingara Angler’s Club is hoping to return some of the fingerlings to Manilla at the end of this growth period.

After a horror summer, the committee has been consulting for some time with the DPI for the regarding the opportunity to raise the fish. Whilst it is quite late in the season for yellow belly, members of the angler’s club are looking forward releasing the fish along the Gwydir River, from Keera to the Horton River then down to Manilla as they reach the correct size.