A low-key visit by a high-profile couple

Two icons of the Australian film and television industry delighted locals during a recent stopover to town. 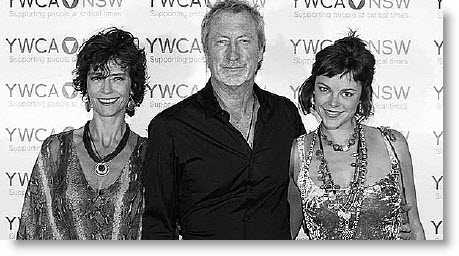 “Very down-to-earth and easy to get along with. I felt really comfortable talking to them. They were interested, asking questions and very impressed with the town and it is my understanding this is the first time they had been here but they did say they would like to come back.”

Bryan is well known for his acting roles in classics such as Breaker Morant and A Town like Alice and also has a production company, Twisted Tales. Rachel is an actress, film director, screenwriter and columnist.

Jenny said the Sydney-based couple were passing through from Tamworth and heading back through Ebor. While here they took the time to ask about the shire, look through the Roxy Theatre and the museum and commented what a credit to the town the complex was.

“There is no mistaking that voice,” Jenny said.

“I was out the back and as soon as I saw him I said hello Bryan. He has a real presence, and Rachel’s voice too is quite distinctive. We had a bit of a talk and a laugh and they both seem to be very nice.”

Staff took the opportunity of the chance meeting to invite Bryan and Rachel to be involved with the North West Film Festival. “They did say they were very impressed and that they would like to come back, so we will see what happens.”

While Jenny was chuffed with the visit, she wasn’t so star-struck as to ask for an autograph. “I didn’t feel the need to do anything like that. I just wanted them to be able to relax and enjoy their time here.”

Sharron Rafter of Jackaroo Jillaroo Downunder was disappointed she didn’t get the opportunity to rub shoulders with the special guests when they went for a two-hour horse ride.

“Unfortunately I didn’t get to meet them myself but I heard they were lovely and that they seemed very genuine,” Sharron said.

It is understood the pair stayed at Peter and Ann Mack’s Peranjou Cottages.