A sombre reflection to remember WWI

In a sombre reflection of the devastation of war, Bingara will join with towns across Australia in the ringing of bells on Monday, August 4. This will mark the centenary of World War I. 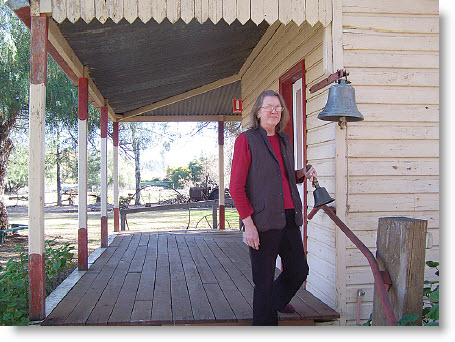 “We had a vision of all the bells in town ringing, inspiring and talking to each other,” Kath said.

“The ringing of the bells will start at 11am at the Museum and continue at 15 minute intervals until midday, but people are able to join in from where ever they are with their own bells, and we hope they will be heard all over town. This will commemorate the one hundredth anniversary of the beginning of the Great War, which was said to be the war to end all wars.

“It was the day Britain declared war on Germany, and one week later on the 10th, Australia started recruiting, which goes to show how quickly we became involved.

“Per capita, more men from Bingara enlisted than most other towns. It will be a time of solemn remembrance and a commemoration of the whole business of war – showing respect and acknowledgement for communities like Bingara that made this international effort.”

A Peace Bell donated by the Japanese will ring in Cowra on dusk, with dignitaries including the Governor General in attendance. It was once the site of a Japanese Prisoner of War Camp.

The Historical Society will be making good use of the old school bell and the attention-commanding Town Crier’s Bell.

It was used 100 years ago by council member and auctioneer Mr Walter Wearne and would be rung up and down the main street to advertise different items for sale. It was also used to promote the circus and other travelling shows and various political pursuits and campaigns. Substantial in size and weight, it is a loud bell with a good tone.

“There is certainly nothing tinny about this bell. It is significant, very much a part of Bingara and it is lovely to see some of the Museum pieces being used,” Kath said.
“We would like the school and churches and anyone else to become involved to help mark this occasion. The emphasis is on ‘Peace Bells’ and if ever we needed reminding of that in the world then it must be now.”

The Historical Society will also be publishing a list of names of people who served and will have a special display of photographs, letters, cards and mementos of that period of war reflecting the same time frame.