Above-average rainfall predicted for May, June

The bureau of Meteorology has released promising news in their climate outlook this week. Current predictions for the month of May see the chance of above average rainfall at ‘likely’. Across most of the southern part of the Shire there is a predicted 65-70% chance of reaching this target, with areas to the north closed behind at a 60-65% likelihood.

June sees the likelihood of exceeding median rainfall increase for all centres in the Gwydir to a 70-75% chance.

Across the region when it comes to temperature, predictions for May are of an equal likelihood of above average maximum temperatures, slightly increasing to a likely chance in June. Minimum temperatures are likely to exceed the median over both months. 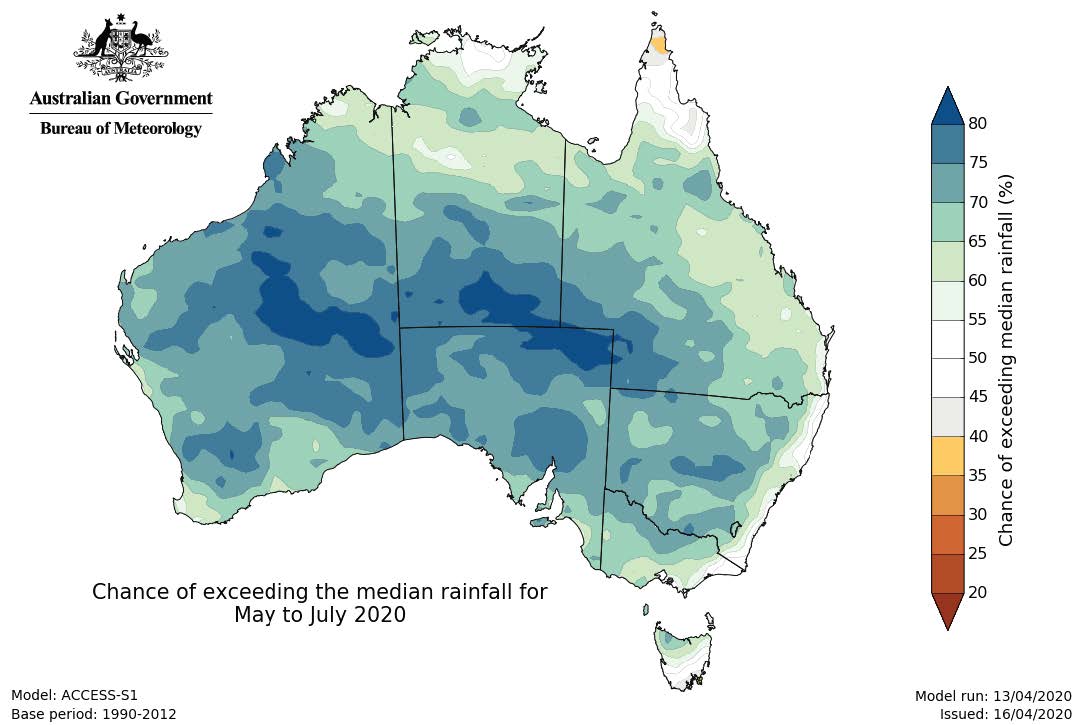