Amber Lawrence “Bring it back tour!”

Multi Golden Guitar Award winner Amber Lawrence is fast out of the gates from lockdown and back on the road with the forthcoming show at the Roxy Theatre, Bingara on Saturday 20 November 2021.  Amber has performed in Bingara a few times before and absolutely loves the town and the people.

Amber is also nominated for a 2021 ARIA Award for ‘Best Children’s Album’ and will also be releasing her brand new single ‘I’m Coming Home’ on Friday 19 November.

Australian singer-songwriter, Amber Lawrence is one of Australia’s most celebrated and hardest working country artists. Having released 6 studio albums and 3 children’s album, Amber is always busy.  Writing, recording, hosting her own show on iHeart radio, ‘Amber Nights’, mentoring up and coming talent at the Tamworth Academy, hosting Awards and in excess of 500 school’s performances around the country.  This new Mum takes it all in her stride. 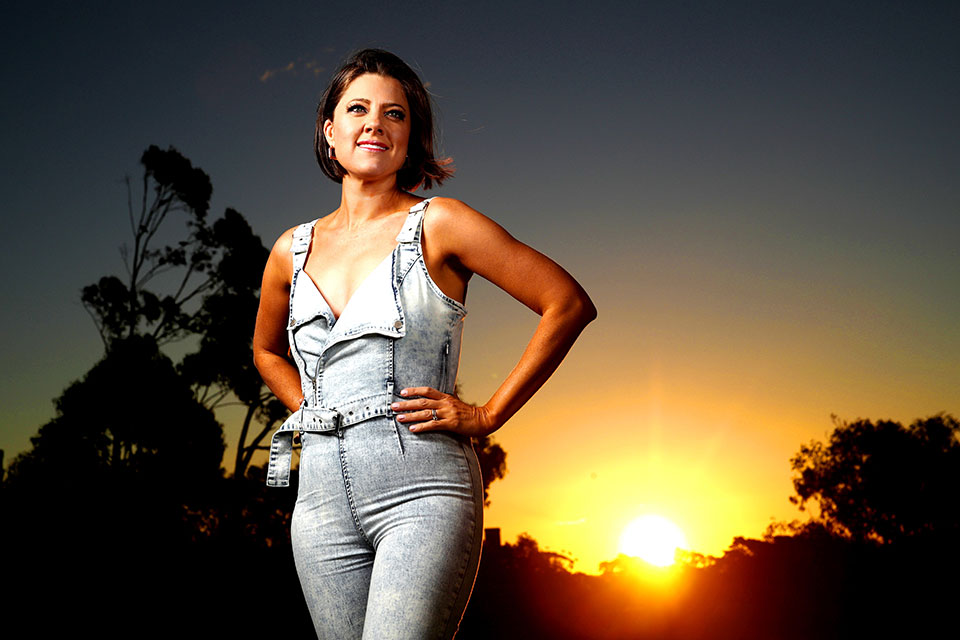 Amber Lawrence heads back to Bingara

On July 30, 2021 after two years since her last original country release, Amber unveiled her brand new single ‘Bring It Back’ (Top 10 Radio & Chart), from her forthcoming 7th studio album to be released in 2022. ‘Bring It Back’ is an upbeat and powerful ode to the music industry, to both artists and fans, lamenting the loss of our pre-covid ways, with Amber musically imploring for life to soon go back to the way it was.

As Amber describes it, “When I wrote “Bring it Back” with Mel Dyer, I just knew it had to be the first single. ‘Bring it Back’ expresses exactly how I feel about our industry and life right now – reminiscing about the things we’ve lost, but hopeful about a brighter future. It’s such an upbeat track – and I hope people love hearing it as much as I love performing it!”

On April 23, 2020 in the middle of the COVID19 pandemic and lockdown, Amber and fellow award-winning artists and great friends, Aleyce Simmonds, Kirsty Lee Akers and Dianna Corcoran got together online to perform their version of the iconic alternative Australian anthem ‘True Blue’ (by John Williamson) in honour of not only frontline workers here and abroad for COVID and the recent devastating bushfires, but also an uplifting spirit building reminder to all Australian’s that ‘we will get through this’.  The video immediately received 65k views within 24 hours and a call for it to be released commercially by fans around the country, in addition to John Williamson’s advocacy.  On the 3 July 2020 the song and music video was officially released and has now received 1.5 Million Facebook Video views and won the Golden Guitar Award for ‘Vocal Collaboration of The Year’.

Keeping ever busy, in August 2020 Amber collaborated (wrote & recorded long-distance) with West Virginia’s The Davisson Bros on ‘Greatest Show on Earth’ which sat at the #1 position on the KIXFM Country Chart for 3 consecutive weeks.  And in September 2020 Amber released her first full length audio LIVE DVD and album ‘Amber Lawrence Live’, topping the DVD charts.

Capping off a difficult year, Amber released her third children’s album ‘The Kids Gone Country 2” on 20 November 2020, an 18 track fun filled album for kids and the family, debuting at #2 on the iTunes Kids Chart (nestled amongst The Wiggles and Play School) and #2 on the Album Country Chart.

Not done with 2020, Amber performed at the Channel 7 Adelaide Carols and Sydney Carols in the Domain (ICC Theatre) and was in the only Australian female artist in the Top 5 Most Played Artists on the CMT (Country Music TV Channel) alongside Keith Urban, Luke Bryan, Travis Collins and Tim McGraw.

Amber’s most recent and 6th studio full-length album released in June 2019, was the chart-topper Spark! (#1 ARIA Country Album Chart & Top 20 ARIA All-Genre Album Chart), Spawning the hit singles ‘Outrageous’, ‘Heart’, ‘Hey’ and ‘Hell To Hallelujah’ the latter reaching #1 on the CMC Video chart on 17 April 2020.  In fact ‘Outrageous’ was the 2nd most played song at country radio in the second quarter of 2019 just behind Lee Kernaghan.

Amber’s music and writing style personifies everyday real-life events and emotions from love to heartache, joy to sadness, losing a loved one or being a parent, from up tempo energetic toe tappers to heartfelt ballads.

Adept at performing in any environment, Amber brings out the big gun band for Festivals, such as Deni Ute Muster, Gympie Muster, CMC Rocks, a smaller band for touring and in between, solo acoustic sets.

In 2017, upon request Amber penned, recorded ‘100 Year Handshake’ a song commemorating the 75th Anniversary Battle of the Coral Sea and the 100-year mate-ship and alliance between Australia and the USA.  Amber performed the song in New York in from of the President of the United States, Australian Prime Minister and notable governors and dignitaries.

2021 & 2022 sees Amber hit the road with her show ‘Love N Lies’ (with Catherine Britt) and her ‘Your Town Your Tour’ where fans can nominate and request a show in their hometown, plus festival appearances throughout 2022 Big Country, Berry (May), 5000 Miles Sth Australia (June) and the legendary Gympie Muster (Aug).