The Double B Beef Promotion Association has elected a new President. Jenn Capel was voted into the job at the organisation’s Annual Meeting, held recently in Bingara. 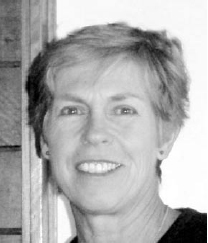 Jenn succeeds Will Cannington, who did not seek re-election after two years in the top job. Mrs Capel said that she is looking forward to leading the producer group which has continued to offer its members the benefits of group marketing as well as the opportunity to interact with progressive beef producers for 25 years.

During 2009 the group held a number of functions for beef producers, including the annual Risk Management Day, where risks facing the district’s beef producers were analysed; a heifer selection trial focusing on one member’s herd from first joining, then calving through to the second joining, from which a great deal of valuable information was collated.

The information was then benchmarked against the local average which permitted some very useful management comparisons.

The group celebrated its 25th anniversary in September with a dinner in Barraba which was addressed by David Palmer, Managing Director of Meat and Livestock Australia.

Double B Beef has members predominantly from Bingara and Barraba, but also from Boggabri, Narrabri, Gravesend and Manilla.

Mrs Capel said that during her term as President, she wants to see the group continue to promote the excellent reputation of cattle coming through the Double B group and to highlight the advantages of group marketing.