Most people think that art belongs in art galleries, hanging on walls or sitting on plinths. Not the nine artists who make up the unique art project with the absurdly long name, “An Artist, A Farmer, and a Scientist walk into a bar…” (the AFS project). These artists believe that art belongs in a paddock, and can be useful to farmers, scientists and many others who are rethinking how we live off the land and how we care for it.

The AFS project was dreamt up by an artist cooperative called the Kandos School of Cultural Adaptation. They have been putting their strange idea of art to the test, stepping out of the studio and into the field to ask: what if farmers could make money selling weeds to chefs? Can architecture show us what kind of home a microbe wants to inhabit? What toolkit does a farmer need to measure carbon in their soil? Could farmers and scientists get together and speed-date regularly to learn from each other?

Project coordinator and artist, Laura Fisher explained, “When we discovered what farmers were doing across Australia, we thought – some of these guys are really artists! They are changing the face of farming, saying to the world: there’s no reason that farming has to be done the way it has been done for the last forty years. They are regenerating their soils and their farms.”  “As artists we are doing something similar” Laura added.

“Who says that art has to end up in a gallery to be art? Let’s take it to the places where people live and work, where it can be useful.”

“We asked each artist to explore a different topic – humus, solar energy, wild foods – and to collaborate with different people in rural Australia.” Laura explained. “We couldn’t have predicted what they came up with, it has been fantastic.”

This September 6-8 you will have a chance to judge for yourself at a drought-relief event in Bingara called ‘Pulse of the Earth: a festival of regeneration’.

‘Pulse of the Earth’ will feature a keynote presentation by farmer and author Charles Massy, whose book ‘Call of the Reed Warbler’ has opened people’s eyes to the power of regenerative farming in Australia and across the world.

As well as the food and the fun of the “Pulse of the Earth Festival” there will be a packed arts program called ‘Groundswell’, with all the artists and a cast of incredible farmers, scientists, inventors and entrepreneurs sharing their knowledge and projects.

Artist Alex Wisser will perform “Earth Oracle” from inside a three metre deep hole he dug by hand as part of the AFS project.

Wiradjuri artist Karla Dickens will present a short film, featuring ‘Dark Emu’ author and farmer Bruce Pascoe, (known for reviving thinking and knowledge of Aboriginal agriculture in Australia), and local Aboriginal children from Bingara, about the future of Country.

Georgina Pollard had this to say: “Art is very good at communicating, but it can also change how we perceive things. Traditionally it has done this by transforming the ideas that circulate in art galleries and universities. We think it can do more than this. Artists can use their ability to make people see the world differently to make positive change here in the world.’

‘PULSE / Groundswell’ is a free event at The Living Classroom in Bingara on September 6, 7 and 8. 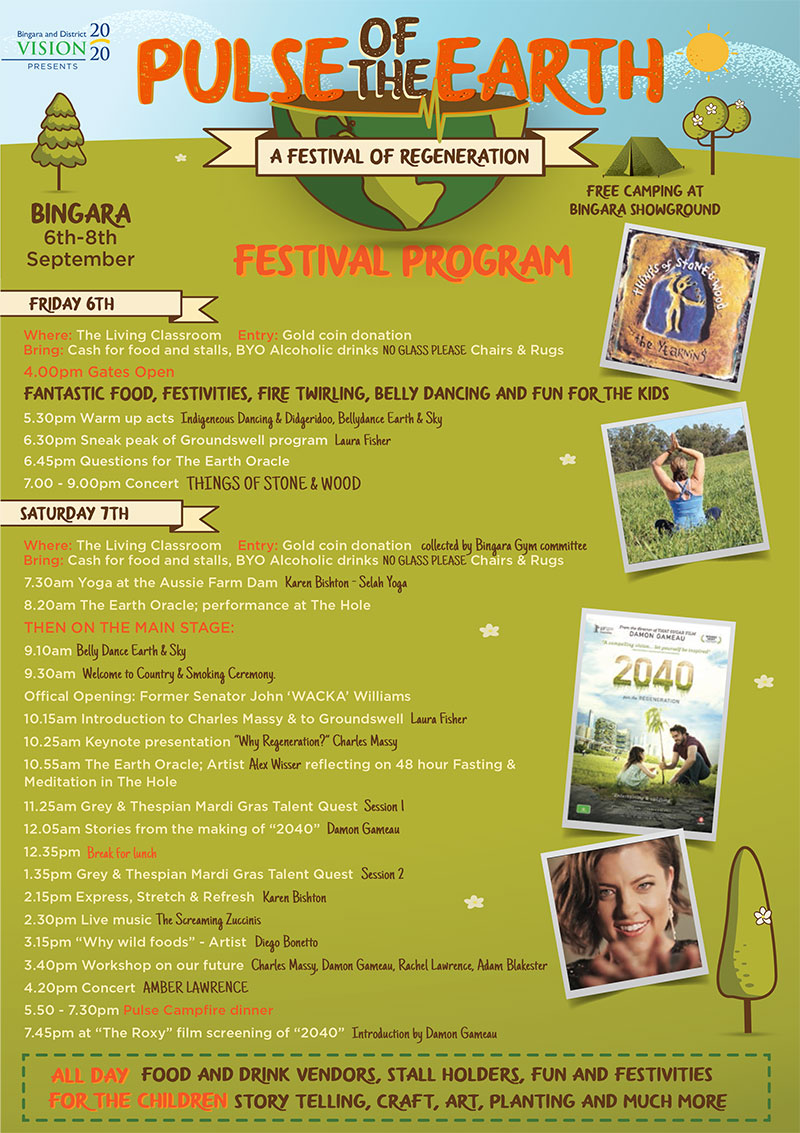 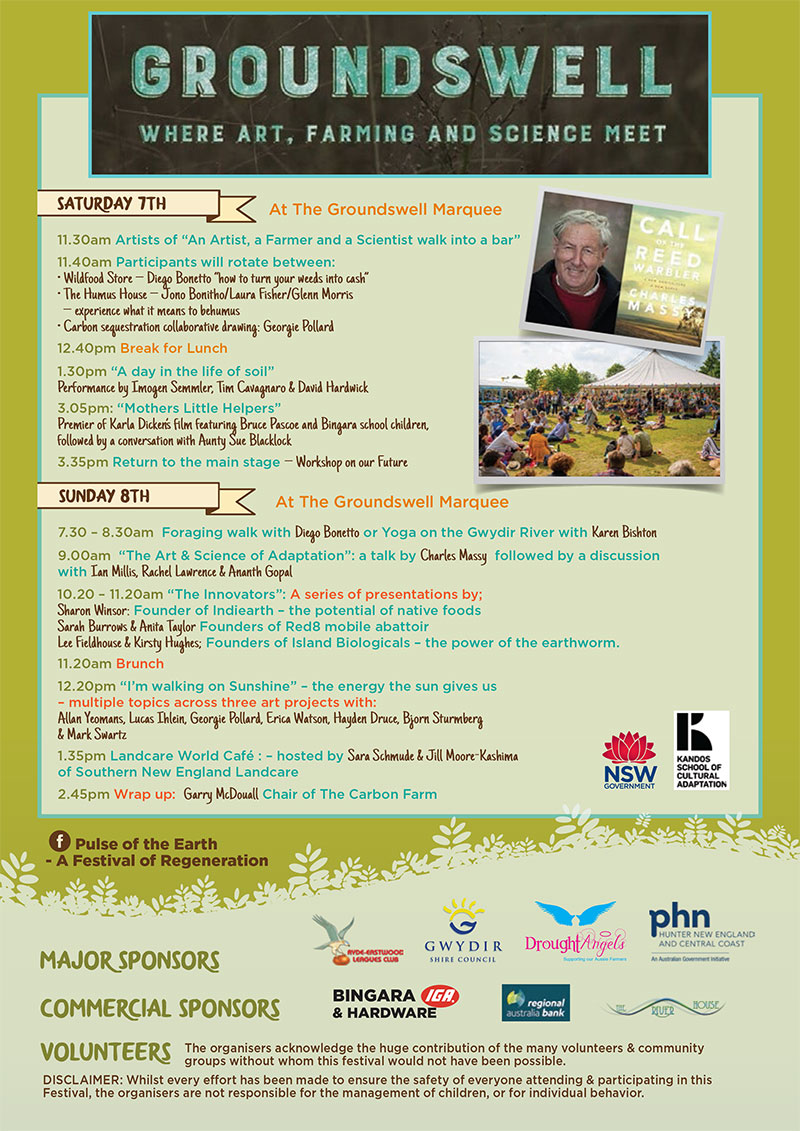