Four hundred members of the Australian Caravan Club (ACC) from around Australia in 200 RVs are expected to be arriving in Bingara next month, for the Club’s 2017 Annual National Muster.

The National Muster will be held from 15 to 22 October 2017 at the Bingara Showgrounds.

“Our National Musters are very popular with our Club members, with some travelling thousands of kilometres across the Nullarbor from Western Australia. They provide an opportunity for our members from around the country to not only get together annually and share stories about their own adventures, but there are always lots of educational sessions and entertainment on the go.”

“This year we have some very interesting speakers including a speaker from the National Road Transport Association who will be educating RVers on RV and truck etiquette.” 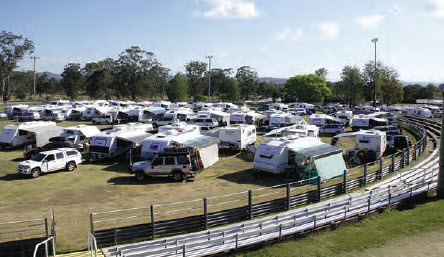 “With a country location, the muster will have a country theme. Members will have the opportunity of touring The Living Classroom which is about regenerating 150 hectares of little used town common into food production, a solar-powered home and workshop on a farm, and a self-drive tour of a cattle property. There will also be a working dog demonstration.”

“Our more energetic members can play a round of golf or join in a game of barefoot bowls.”

“A daily Happy Hour event will allow members from everywhere to come together and exchange travelling tales.  Every night will bring social interaction and different entertainment.”

“There will be something for everyone at our 2017 National Muster including the beginning of many new friendships and the sharing of new adventures. That’s why we are the Australian Caravan Club, the Club for all RVers …where Friendships and Adventure begin,” Mr Humphrey said.

The ACC invites all RVers interested in finding out more about their Club to come along and join them at one of their happy hours over the week.