The Australian’s Women’s 7’s Rugby Union side is wrapping up a week spent in the north west. The team stayed at The Living Classroom, Bingara, also visiting Warialda and Moree as part of their training leading up to the Tokyo Olympics, set to start this July.

Despite forecasts of substantial rain, the side was lucky to have generally good weather, training daily at the Gwydir Oval. In addition, the team utilised the gym amenities at the Bingara Sports Club, visited schools across the region and even found time for a horse ride along the river.

Students from Warialda High School, Warialda Primary School and Bingara Central School met players, were involved in question-and-answer sessions and participated in skills sessions and games.  Many were interested to learn about what a day in the life of a professional athlete looks like, including the average 5 hours of mixed training, diet and energy requirements and motivational strategies used.

Training sessions were also held with the Gwydir River Rats and Bingara and Narrabri Women’s teams.

The visit came about at the suggestion of former Warialda High School student and Aussie 7’s squad member Rhiannon Byer’s.

Feedback from those who enjoyed watching and engaging with the girls was overwhelmingly positive with much made of just how warm and engaging the players were during their stay. 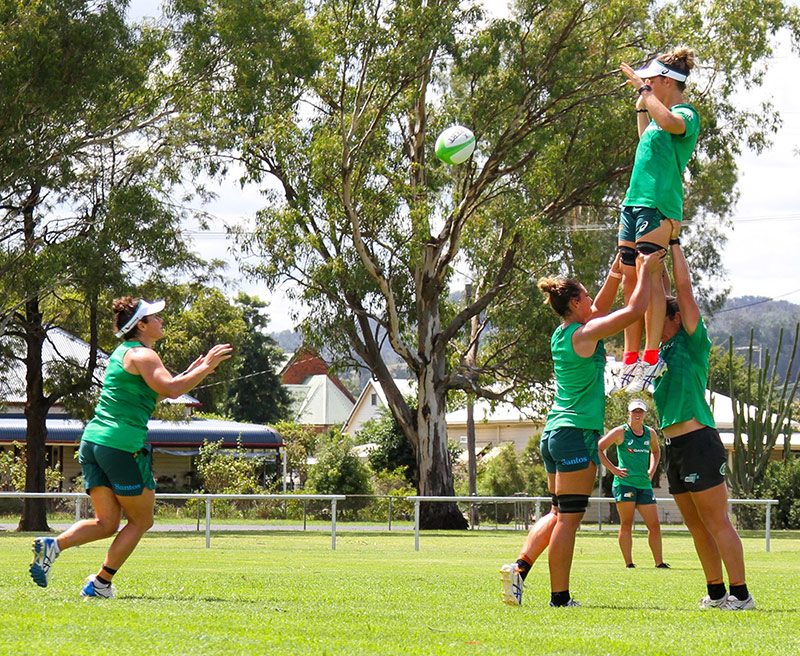 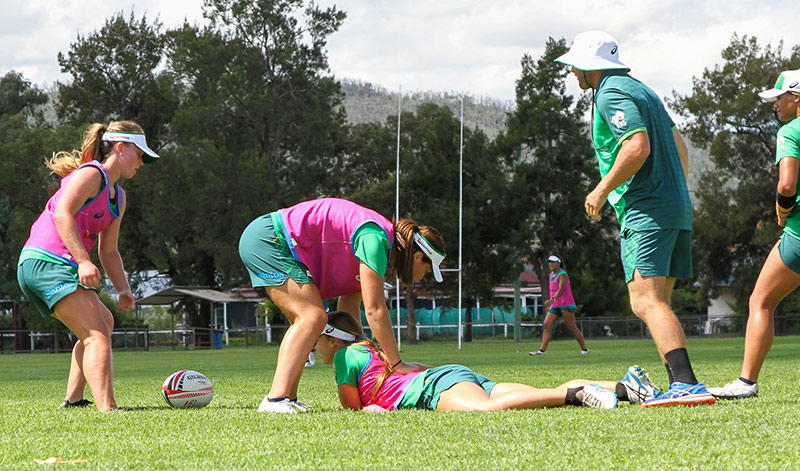 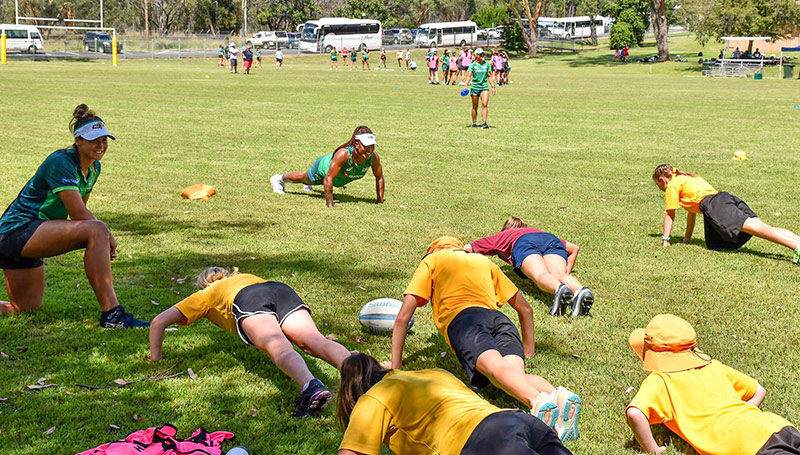