BingaraLatest NewsGeneralAuthor returns to his favourite town for book launch

Author returns to his favourite town for book launch

Members of the Bingara Historical Society and friends of Bingara based author, Ron Irlam, gathered at the Bingara Library on Monday night for the Bingara launch of Mr. Irlam’s latest book, Bush Capital Babies.

There will be another launch, in Canberra on April 7. 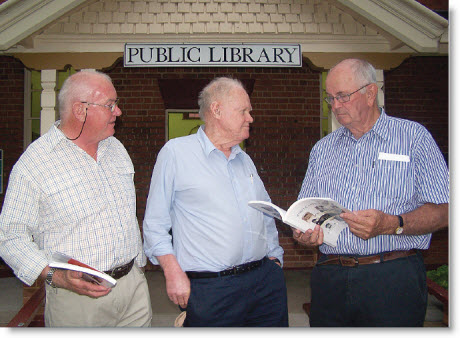 Mr. Irlam interviewed 40 people who were born in Canberra in the 1930s, or came with parents and went to school in the newly forming Bush Capital.

He chose Bingara as the venue for the first launch in recognition of the support he was given by the Bingara Historical Society.

The book was launched by John Wearne AM who wrote the foreword for the book.
A full report of the opening will appear in the Bingara Advocate next week.