Damon Gameau is an award-winning Australian actor who has appeared in a range of productions. As a Director he was the winner of Tropfest in 2011, and ‘That Sugar…’  Film marked his first feature length film.

The film is now the highest-grossing Australian documentary of all time and has had major releases across New Zealand, the UK, Canada, South Africa and the United States with releases in many more countries around Europe, Asia and the America’s to come in 2016.

The film also won the 2015 AACTA award for Best Feature Documentary. Alongside the documentary came ‘That Sugar Book’ which is a best seller and is now available in 12 languages around the world. 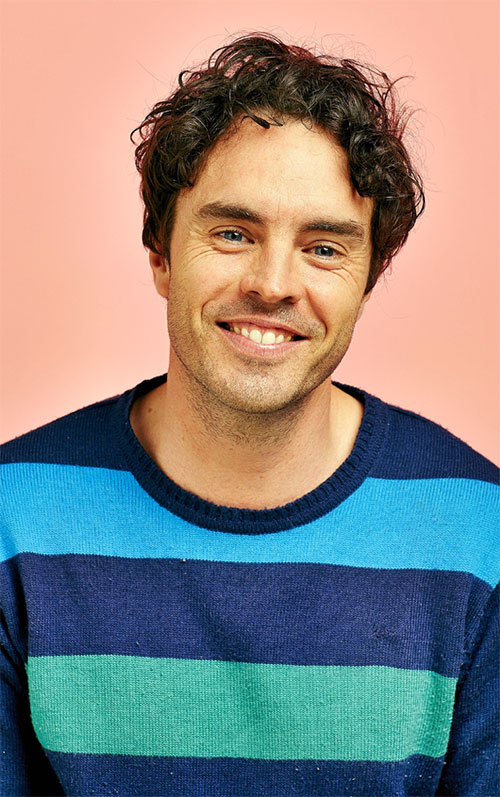 ‘That Sugar…’  Film started as one man’s journey to discover the bitter truth about sugar. Damon embarked on a unique experiment to document the effects of a high sugar diet on a healthy body, consuming only foods that are commonly perceived, or promoted to be, ‘healthy’.

Over three years of development and production, Damon and his crew travelled the world to interview experts at the forefront of researching the impact of current levels of sugar consumption.

Following on from the release of the film, the journey has continued to evolve with Damon seeking to empower consumers around the world to make healthier food choices for themselves and their families, focusing on the dangers of a high sugar diet. This mission has seen Damon address the UK and New Zealand Parliaments, meet with the LA Lakers, screen for the Royal College of Medicine in London and appear on television via the BBC, The Today Show and Dr Oz in the US.

Through the generous support of philanthropic and strategic outreach partners Damon feels fortunate to now be driving change in many different areas, including through hundreds of Australian schools and the new free smartphone app, which is allowing users to track their sugar consumption every day in a fun and engaging way.

On the back of the enormous success of That Sugar Film and That Sugar Book, Damon recently brought us That Sugar Guide which he has co-written with his wife Zoe.

He is currently working on his new documentary ‘2040’ – a ‘vision board’ of how the world could look if we were to act on the good ideas available to us right now. It crosses subjects of climate change, economics, wellbeing, design and innovation, education and more.

Damon is a passionate advocate for good health and is determined to help people find a happier way of living.

Damon Gameau will speak at the ‘Disruption, Change and Opportunity’ Workshop and Wider Gwydir Vision 2030 Launch.  [Find out more…]

Submitted by Rick Hutton (for the organising committee) 19.6.2017