The ongoing drought is impacting rural Australia severely with 100% of NSW & 60% of QLD now drought declared.

It’s very hard to focus on the negative in such circumstances, but sometimes from crisis something great can happen.  This is the case in Bingara where some sectors are “doing it tough”.

Bangalow, a small town in the Northern Rivers region of NSW near Byron Bay, with a population of only around 950, has adopted our town.  People have rallied donating money, animal feed and life’s most precious resource, their time.  A convoy is heading to Bingara on Sunday, not quite planes, trains and automobiles, but trucks, floats and utes. 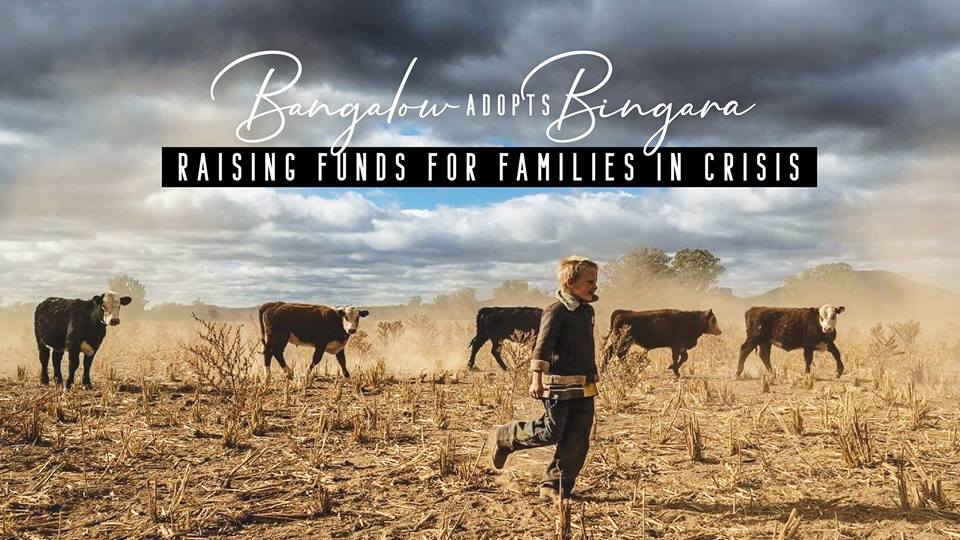