Bangalow comes to the rescue again

It was over a year ago that the small town of Bangalow in the Northern Rivers region of NSW, decided to adopt Bingara in an effort to assist drought-stricken farmers.

In just over a week the community rallied together to collect nonperishable food items, stock feed, cash and other essential items.  Following that delivery a convoy of vehicles made the almost six-hour trip south-west to Bingara to deliver their first collection of donations. This show of support was one of many over the coming months. 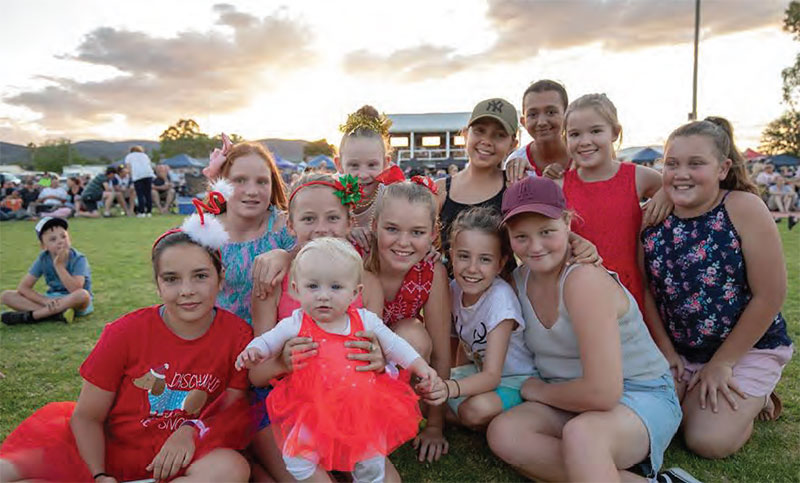 Kids enjoying the Christmas Carnival in 2018 thanks to the generosity of Bangalow.

The post urged the Bangalow community to show their support through a number of initiatives, which included helping Bingara Central School families cover the cost of sending children to their yearly school camp, gathering a collection of good quality kid’s clothes and hamper items, and working with the Bingara community to coordinate a Christmas concert. Lisa ends the post by saying, “We plan to show our love and support to Bingara and that we are thinking of them in these extreme times. Lisa xx”.

Bangalow Lions Club has also come to the aid for Bingara Central School. Social Services Manager, Suzy Webber, contacted Yvonne Huntley in Bangalow about what donations could be made towards the school to help cover the costs of the Stage Two (Years 3 and 4) excursion to Dubbo, after her daughter Harriet came home wanting to do more for her classmates so they could all attend the excursion.

“She came home really disappointed that some of her classmates couldn’t afford to go on the trip as it is such tough times and she wanted to know how can we raise money so I decided to call our mates in Bangalow,” explained Suzy. “Yvonne made some calls and the Bangalow Lions Club came through, donating $3,000 covering half of the excursion for the 38 children.”

Ms Laing has also since contacted Gwydir Shire Council and along with the Bingara Special Events Committee are planning to host the 2019 Christmas Concert for the Farmers on Saturday 30th November at the Gwydir Oval.