With approximately $4500 raised it’s fair to say the Fitness Centre fundraiser held at recently at the Sporting Club was a successful one.

“While we were hoping to get more numbers, we were grateful to those who supported the event,” said Fitness Centre Committee member Duncan Thain.

“Those attending really got into the spirit of the day making it an afternoon of fun.” 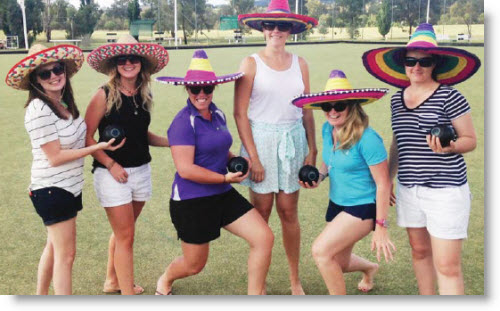 The event took place on Saturday, October 24 at the Bingara Sporting Club and included an afternoon of barefoot bowls, tug-o-war followed by a camp oven dinner, sporting memorabilia auction and entertainment.

The dinner was enjoyed by 68 people with a few extras coming a long for the auction and entertainment. Barefoot bowls raises funds for Fitness Centre “The auction was very successful with a total of $2800 raised.”

The money raised will go towards the final funds required to get the Bingara Fitness Centre up and running with final preparations underway for its opening week.

The Bingara Sporting Club have been supporting the Fitness Centre since plans first started and Mr Thain was very grateful for their support.

“The Sporting Club have been great and we are very grateful for the support they have given us.”