To get the Deputy Prime Minister, the Deputy Premier, another State government Minister, plus two other politicians into Bingara’s Roxy Theatre for a ball is no mean feat, but the organisers of the Unleash the Black Dog Ball achieved that on Saturday night.

Even the Prime Minister, Malcolm Turnbull sent a message of support. 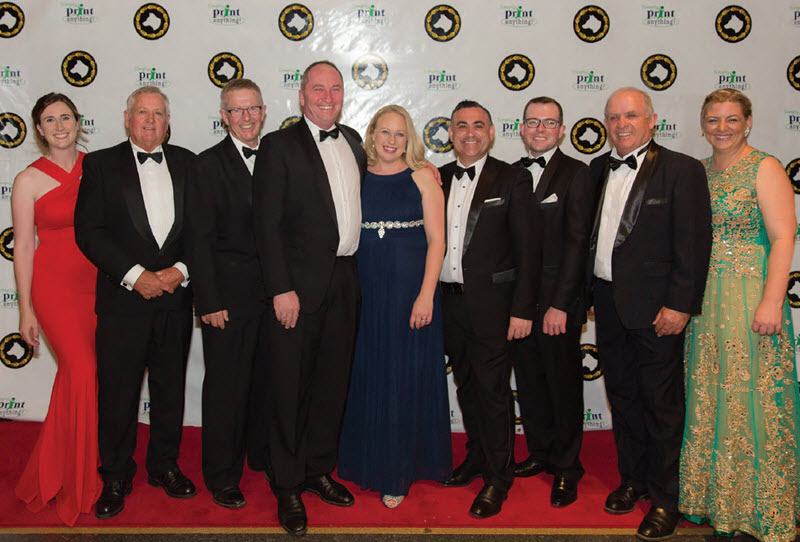 About 130 people attended the function organised by the trio of Sarah Crump, Angela Pritchard and Nikki Rose.

As guests arrived they were photographed on the ‘red carpet’ before entering the ballroom.

The Unleash the Black Dog fundraiser is now in its second year, after the inaugural 2016 ball raised funds for the mental wellbeing of men in the Gwydir Shire.  “We were pleased to have raised just shy of $23,000 last year, and even more pleased to see this money go back into our community to help raise mental health and suicide awareness in men,” organiser Sarah Crump said.

This year, the fundraising target group is women.

The Bingara Lions Club again helped with the organisation. Chef for the evening, Chef and Molly Jones returned to Bingara for the event, while the Bingara CWA, Friends of Touriandi and Damien Crump from JA McGregor Bingara, Luke Dawson, Mark Pritchard, Christine Crawford, Lyn Muller, Gina Muller and Robbie Burge all worked hard to make the evening a success.

The MC was AuctionsPlus CEO Anna Speers, who told the story of her journey from jillaroo to CEO.

A total profit will be announced when expenses have been finalised.