BingaraLatest NewsGeneralBill introduced to reduce daylight saving by one month

Bill introduced to reduce daylight saving by one month

Daylight saving in NSW will end a month earlier next year if a Bill introduced in State Parliament is successful, according to Northern Tablelands MP Adam Marshall. 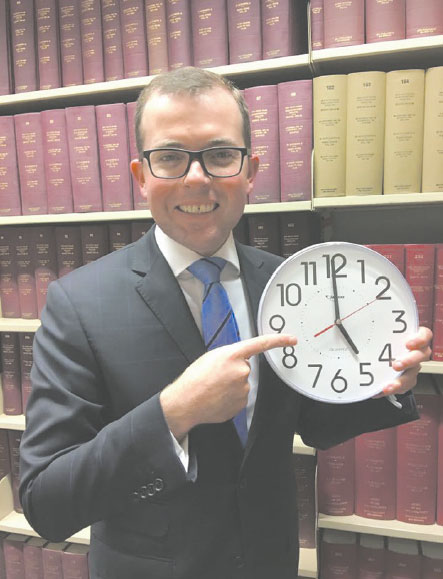 “The Bill essentially reverses the extension to daylight saving which was pushed through the parliament without a mandate in 2007,” Mr Marshall said.

“I’ve been working on this leg­islation with my colleagues from country NSW, who are also being lobbied by their communities for this change.

“While the issue of daylight sav­ing always provokes a passion­ate debate – some people love it and some want it gone completely – most people agree that the last month is a pain, it simply drags on for too long.

“As I move around the elector­ate I am often asked about this issue and the further west and north I go the more intense the feeling is.”

Many Northern Tablelands com­munities are situated along or very near the Queensland border and Mr Marshall said there was consider­able angst about the length of day­light saving.

“For people on or near the border it’s confusing and difficult to live, work and do business across two different time zones,” he said.

“While this legislation won’t sat­isfy everyone involved in the day­light saving debate, it will remove the final month of daylight saving and alleviate a lot of the problems.

“I think it’s a good comprise. We’ll still have five months of day­light saving but the final and most troublesome month will be re­moved.”

Mr Marshall said he expected the Bill to be debated in parliament be­fore the end of the year.

“I’m looking forward to the de­bate and hopefully convincing enough MPs to support this practi­cal and long sought-after change for country people,” he said.