Returning to the competition this year, the bakery received silver medals for both their curry mince and curry chicken pies along with bronze medals for their chicken and vegetable pie, cheese and bacon pie, cracked pepper pie and sausage roll.

The judging panel consists of TAFE trainers, chefs, bakers and bakery reps who are all experts in their field. Entering required the bakery to send samples to be judged on specifications such as pastry thickness, even baking and meat content. 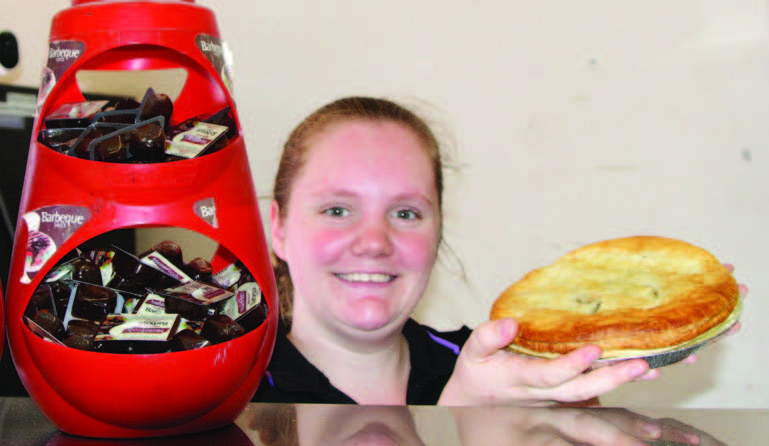 Caitlyn Smith with one of their award-winning pies.

Bingara Bakehouse’s Caitlyn Smith told The Gwydir News that they are already looking forward to next year and returning with gold.

It’s well known that winning medals at this highly regarded event can be paramount in the promotion for every bakery. Now in its 31st year, this competition has on many occasions turned small pie producers into million dollar businesses by winning.

“The amount of newcomers entering the competition this year was overwhelming, and these first time entrants brought with them a myriad of new and innovative pie fillings and flavours. One new entrant said that he felt like a movie star with the amount of media coverage he received as well as the massive influx of customers coming to his bakery to purchase his award winning pies. Mike French, Head Judge”.

Bakers who compete in The Competition say they always receive beneficial advice on how to improve on their products by the professional judging panel who analyse their products.