It has been 24 years since Bob Johnson began teaching at Bingara Central School and what a journey it has been. Bob will be finishing up at the end of the year and moving on to Barraba Central. 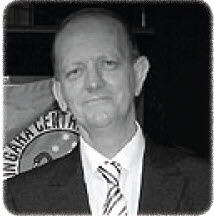 While it is sad to say good bye it is the great memories he leaves behind that the student body thanked him for at last Thursdays whole school assembly.

Many who attended Bingara Central, myself included, would have many fond memories of the infamous ‘Mr J’. His witty sense of humour, his ability to make any subject in the classroom interesting and his general dedication and support to each and every student who has passed through the doors of Bingara Central is what makes him one of the most well respected teachers in the district.

Over the years Bob has seen many students and staff come and go, many changes to the school, the curriculum, the methods of teaching but one thing that he has always brought to the classroom is his dedication to his students. In today’s society, school is not always just a place to come and learn but also a refuge, a place to feel safe, secure and happy and Bob has always made it his number one priority to provide this support for his students.

Bob’s positive relationship on his students became evident last Thursday afternoon at the assembly where secondary students took to the stage to praise and wish him all the best.

“Mr J is always willing to help with everything, he is always happy and is just the best teacher ever’ said one student.

“I really enjoy having conversations with Mr J because he understands what I am trying to say to him,” said another.

While they all spoke of his great sense of humour and storytelling the one thing that was evident was the pure respect they have for him.

Bob will be leaving Bingara Central at the end of the year and will be taking on a deputy role at Barraba Central School.

As an ex Bingara Central student, I too have nothing but respect for Mr J, not only as a teacher but as a friend and I wish him all the best in whatever the future holds.