Parents, grandparents and friends packed into the Roxy Theatre prior to Christmas for the annual Bingara Central School Presentation night.

Guest speaker on the night was Petty Officer Daniel Abe, who attended Bingara Central School for three years in the 1990s, who spoke about his career in the Navy.

Dux of the School for 2011, Gabbie Brennan, gave an entertaining account of the transition from a small, country school to University in a city.

During the evening, the crowd was entertained by the Central School band, the Stage 2 Choir and Ally Dixon playing clarinet.

Reports of Mr Vale’s, Petty Officer Abe’s and Ms. Brennan’s speeches on Presentation night will be included in the next Advocate on January 23.

At the end of the evening, SRC representatives for the coming year were announced. They are: 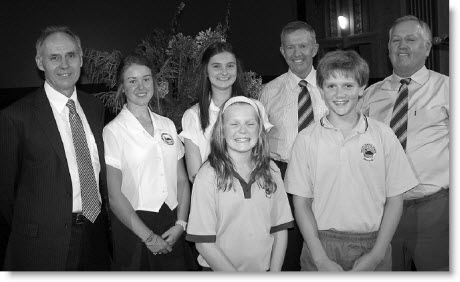 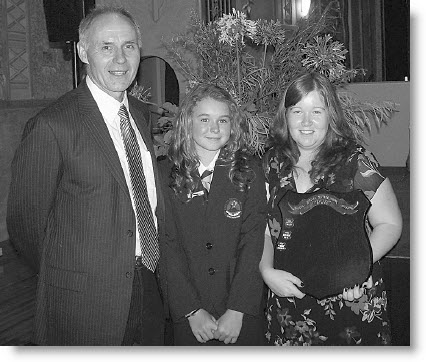 Mr. Vale with Primary Dux for 2012, Emma McDouall, and 2011 Dux of the School, Gabbie Brennan, who addressed the presentation gathering on Monday night.