Presentation night was held at the Roxy Theatre on Wednesday 9 November and a wonderful crowd of parents and community members were present to see the many award winners.  Luke Carr was awarded Dux for 2015.

On Thursday 17 November the school proudly inducted their Student Representative Council and Sports Captains for 2016/2017.  This consists of 32 students who have stepped up into leadership positions across the school.

SRC membership sees students become proactive whether it be in the school, in the community or on the sporting field. The skills that these students will develop in these roles will serve them well beyond their schooling years. 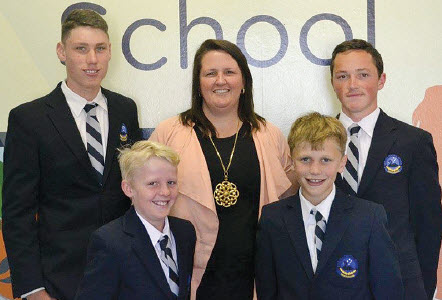