A productive couple of months at the Bingara hatchery has seen over 31,000 yellow-belly reach fingerling size, the stock vital to returning our local river systems to optimum health after several devastating years. 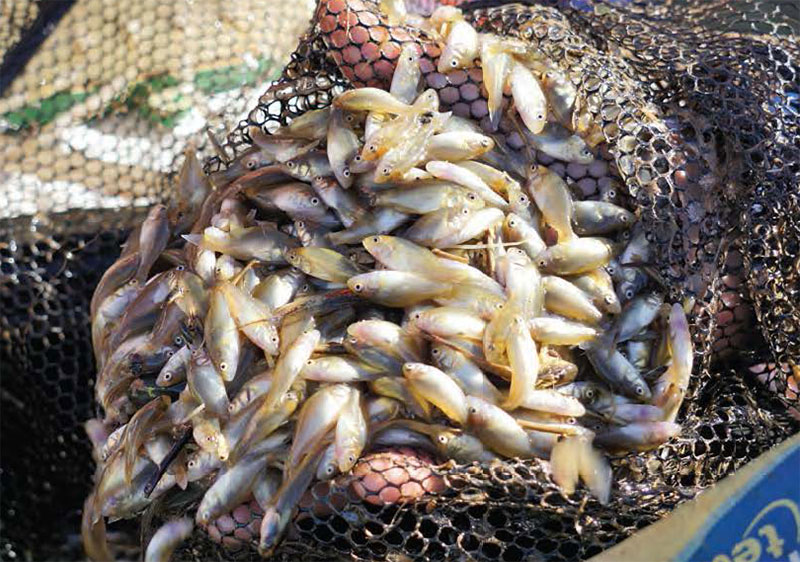 Photo by Kim Miller. Yellow Belly fingerlings. The fish will form an important part of the river ecosystem, as well as being a tasty target species for anglers.

Just over half of these fingerlings were released into the Horton river, across four locations, on Sunday.

Over the past couple of months, volunteers at the hatchery have been observing and maintaining the larvae, which arrived from the hatchery at the Narrandera Fisheries Centre in March.  The larvae have required regular feeding and monitoring of the aeration of the fry ponds to ensure adequate oxygen supply.

After draining the dams utilised for the fingerling production, fish were then filtered into a sieve, allowing them to be moved to tanks at the facility.

Once in the tanks the fish were exposed to a salt-water solution with the aim of eliminating any disease before injection into the river system.

Whilst such a release comes very late in the season, warmer conditions until now have allowed the successful rearing of the larvae to fingerling size. 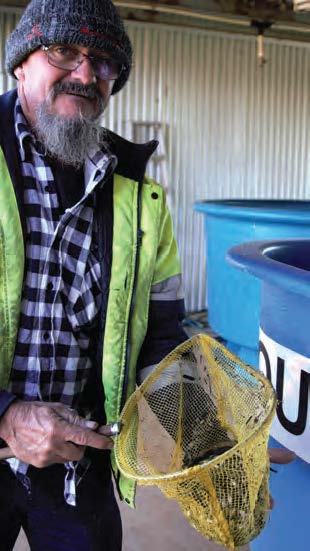 Photo by Kim Miller. Stuart Lanagan with the fingerlings.

Gwydir residents are set to benefit from the release in years to come.  It is expected that the fish will reach maturity in the next 2-3 years at which point they will pair up and breed, generally returning to where they were released.

“Yellow-belly tend to go with the flow. If there’s a flow in the river they will lay their eggs in it and they will end up anywhere.  They then come back to where they were spawned and re-lay their eggs,” said Bingara Fish Hatchery volunteer, Stuart Lanagan.

Release of yellow-belly into the river will also assist in maintaining a healthy ecosystem, providing a benefit to the whole river system.  It is hoped they will have a good start in the river with few carp remaining after the drought.

With winter approaching, work at the fish hatchery slows down. It is hoped that a similar project producing Murray cod will go ahead towards the end of the year.