The legendary history of locally bred buck-jumper Rocky Ned may soon be recognised with a statue to commemorate his legacy. “Rocky Ned is a buck jumper who was born and bred just west of Bingara, at Box Hill,” tells enthusiast John Peters.

“He was broken-in and ridden for a number of years as a quiet horse, until one day he bucked and the rest is history.” From that day on he could be harnessed but unsettled and would not be ridden. 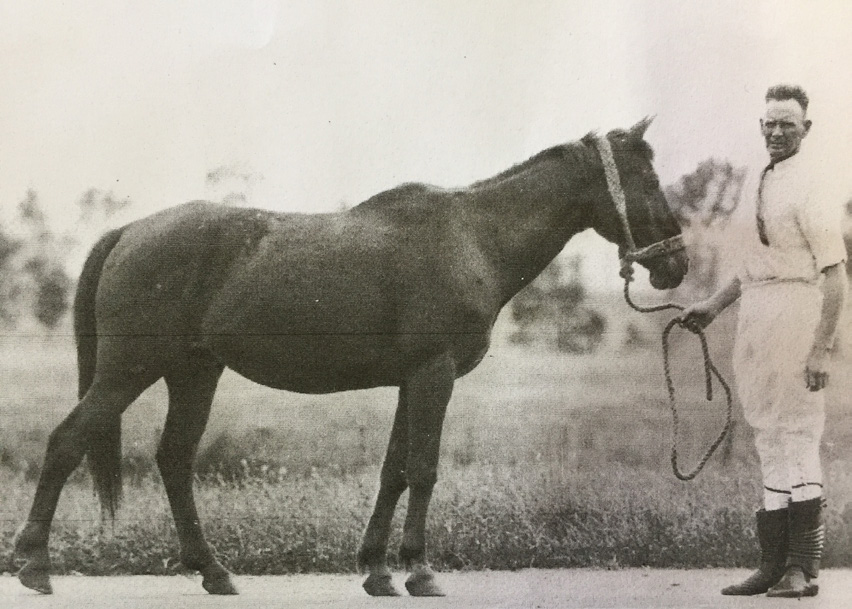 His story continued when Lennon Bros Circus came through Bingara and he was acquired him for part of their show, where he became a main attraction.

The infamous career of Rocky Ned saw him travel around the state and continue to be an elusive ride, with near 4000 attempts. Very few were able stay aboard the chestnut horse, also known as the “Four-legged Fury”, which saw him considered one of Australia’s best.

At his peak in the 1930’s, under the famous showman, Tom Handley, £100 was offered for a successful ride at Sydney Showground.

The life of Rocky Ned has been told by the likes of Slim Dusty in his song of the same name, and Tex Morton’s “Rocky Ned (The Outlaw).”

“It’s an incredible story. In the circus world and the bucking world he was up there on a pedestal. That’s why it’s unique and it’s something else to put Bingara on the map,” said Mr Peters.

After moving to Bingara several years ago, John Peters has developed a passion for the story of the legendary buck jumper and set about researching his history and setting the wheels in motion for a memorial of sorts.

With the help of Bingara Lions Club there is now progress and a suitable statue and site are being sought. The project is currently at the stage of seeking funding and hopes to progress towards the end of this year. If anyone has any further information or photographs of Rocky Ned they are asked to contact Mr John Peters at: betcpeters@gmail.com or Libby Ritter at: libbyritter407@gmail.com