Local cinema icon the Roxy Theatre and Peter’s Greek Café Complex has been recognised for its rarity and given state-significant heritage status, Member for Northern Tablelands Adam Marshall announced this week.

Mr Marshall said the art deco buildings in Bingara’s main street were reminiscent of a bygone Australian era and epitomised the role migrants played in shaping regional communities.  “The Roxy Theatre is one of a handful of cinemas of its era that are intact today and continue to operate as a theatre providing community entertainment,” Mr Marshall said.

“The building is an important link to the story of Greek migration and settlement in country NSW in the first half of the 20th century. It’s a reminder of a time before TV, when going to the cinema was truly an occasion with its distinctive street presence outside and its decadent ceiling and wall panels inside.”

Mr Marshall said state heritage listing would help to preserve the building, while providing further opportunities for funding.  “This listing is important recognition of the importance of this complex, and ensures it will thrive in its current form for future generations. Inclusion on this list opens the door for additional state funding to preserve and promote this cultural icon,” he said. 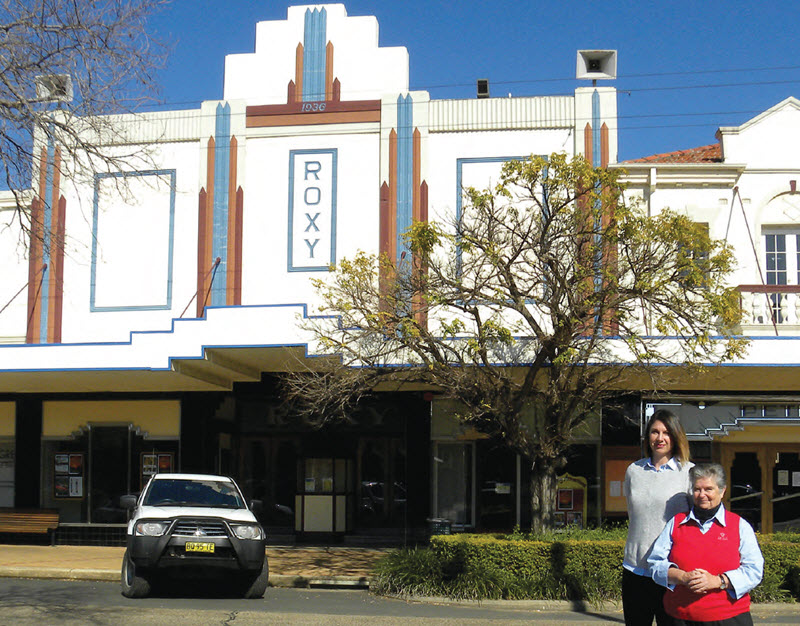 Built in 1936, the Roxy Theatre and Peter’s Greek Café Complex is a rare surviving example of an Inter-War Art Deco cinema. The Roxy was closed for decades and reopened by the former Bingara Shire Council in 2004. The Gwydir Shire Council, which owns and uses the facility today, nominated the Roxy Theatre and Peters Greek Café Complex for State Heritage listing.

Gwydir Shire Council Marketing and Promotions team leader Georgia Standerwick says it’s important to preserve the building for future generations.  “There are lots of theatres, and lots of cafés – but not many examples of both combined,” Ms Standerwick said.

“This listing acknowledges the importance of the Roxy remaining safe for future generations – it’s such an important building, being one of a few of its kind.”