For many years The Premier Store in Inverell, in conjunction with radio station 2NZ, have been running a Christmas light competition in Inverell and Glen Innes. This year Bingara and Warialda residents will be able to enter in their own separate competition.

The Premier Store owner, Mr David Ferris said that he had requests from people to expand the competition to include the Gwydir shire. “I decided to have a separate competition with its own prize pool for the area” he said. Many people put in a lot of hard work and money to create some wonderful displays and this is a way to get some recognition for the effort.

Entries are available by contacting The Premier Store and you could go in the running to receive a $100 Premier Store gift voucher. There is also a $75 and $50 voucher second and third prize. You may wish to nominate a yourself, a friend or family member, but hurry; Judging is on Thursday night and winners will be announced on 2NZ Friday. 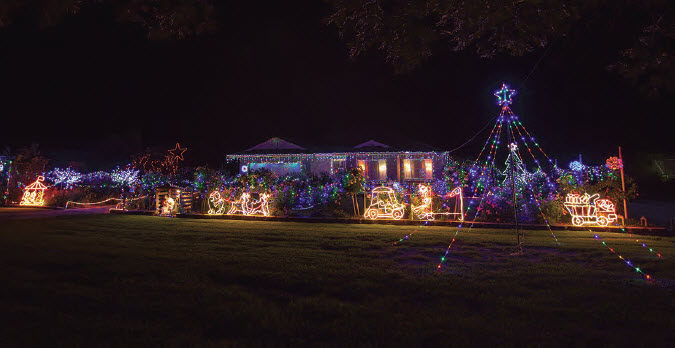