The Bingara community will soon have a much larger and more user-friendly modern local library, at new premises, thanks to a $200,000 grant from the NSW government, Northern Tablelands MP Adam Marshall announced today.

Last Friday, Mr Marshall was joined by Gwydir Shire Councillors and local library staff to discuss the NSW Public Library Infrastructure grant that will see the library relocated to the Bingara Civic Centre.

“This is fantastic news for Bingara and local library users,” Mr Marshall said.  The library is treasured by the local community, but the current space is nowhere near large enough and it’s more akin to a rabbit warren than a modern, spacious and inviting place for the community to gather.

“The new library in the Civic Centre will have specialist areas, modern lighting and appropriate line of sight design, so librarians can easily manage the space.

“The front façade will also be re-done to have more street appeal and the central location of the Civic Centre means the library will be placed at the heart of the town, where it belongs.” 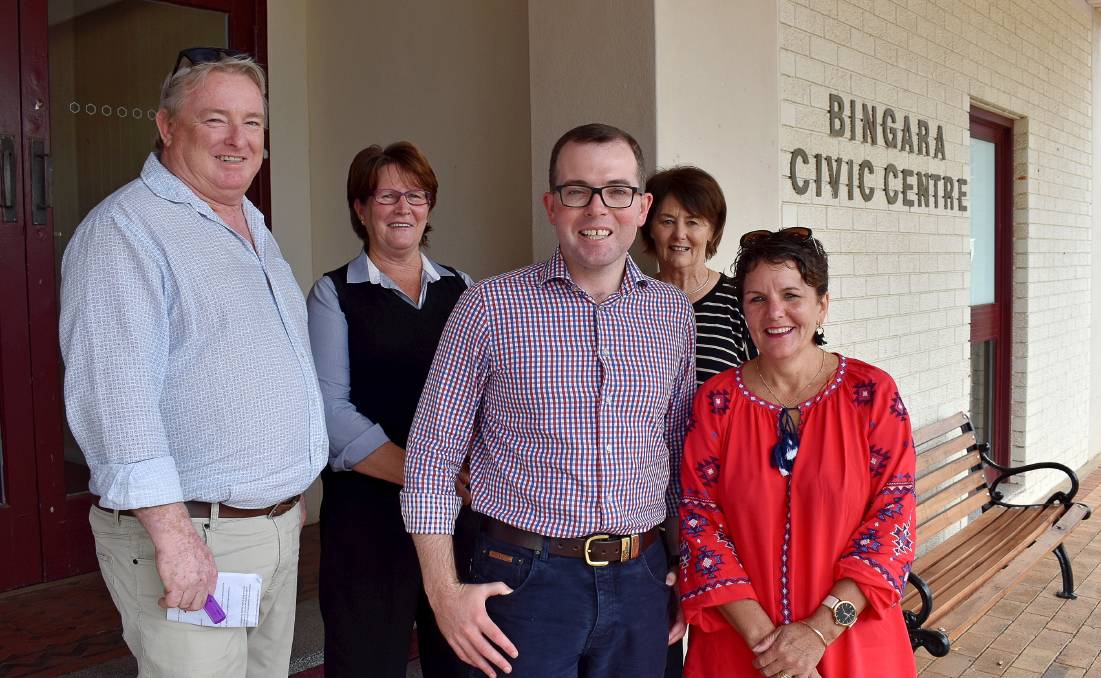 Mr Marshall said libraries were vital to the function of communities like Bingara.  “Libraries are now a whole lot more than just a place to borrow books,” he said.

“They are venues for community groups, important centres for local students studying at primary, high school and now even tertiary levels online and providing seniors, local historians and residents with a place to relax, research and work,”

The library relocation is jointly funded by the NSW State Government and Gwydir Shire Council, which will tip in $91,000.

An application for a further $300,000 has been submitted to the state government by council to further enhance the new library, once it is relocated.

“This will be a purpose built library that will encompass the best features of contemporary library design,” Mr Marshall said.

“Bingara is fast gaining a reputation as a vibrant town with a strong sense of identity and its own culture as shown by the Orange Festival, the Roxy Theatre, the Living Classroom and the recently announced Big River Dreaming Project. A modern library complements the vibrancy of Bingara.

“I know the council is also looking at extending the opening hours from three to four days once the new site is completed, which is an indication of just how important the library is and the strength of demand for services here in Bingara.”

“This system will mean that staff don’t have to open each and every book to look for a barcode, slashing handling times for borrowing and stocktake,” Mr Marshall said. “Up to 15 books can be scanned at once and it’ll make self-checkout simple and easy for the public.

“I congratulate Gwydir Shire Council on securing the funding for this incredibly important community asset, and I can’t wait to see the move completed in the next eight to ten months.”