This year’s Bingara Orange Festival attracted arguably the biggest crowd yet. Marketing and Promotions Team Leader at Gwydir Shire, Georgia Standerwick, said feedback after the festival had been immense. “It’s great publicity for the town, I think we are onto a winner with that theme.” 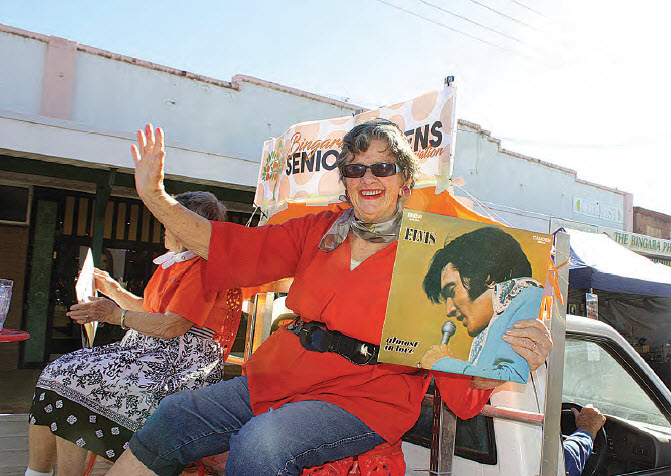 Jill Irlam, on the Bingara Senior Citizens float, got into the mood.

A number of shops in Maitland Street set up stalls in front of their businesses, including Meat on Maitland. Damien and Tiffany Galvin worked with local pork producers, Baden and Jen McDouall for a display with a difference. Two pigs spent the morning in front of the butchery, and people were invited to guess their weight. Tastings of beef jerky, pork and orange sausages and salami were also available.

A quilt show, organised by Jacquie Brenegar, was also very well received. “I think there was more community involvement than in previous years. The Lions were a great help,” Georgia said.