Racegoers took advantage of the overcast weather and turned out in good numbers for the Bingara District Jockey Club Bingara Cup meeting recently.

The Booroomooka Angus Stud Bingara Cup was won by Runaway Shadow, trained by Wayne Oakenfull, and ridden by Danny Frahm, who stood in for the appointed jockey who was unable to attend.

The day appeared a good one for the on-course bookmakers, with no  favourites among first place winners.

The day appeared a good one for the on-course bookmakers, with no  favourites among first place winners.

Slammed, riden by Lee Menser and trained by Lesley Jeffriess, stormed home in the H. Roy Miller Benchmark 45 Handicap, ahead of Susan Jane nd Dancing Royal, all in front of favourite Binda Belle.

The McGregor’s Agricultural Services Maiden Handicap was won by Master Jay, trained by Peter Sinclair and ridden by Teresa Nikora. 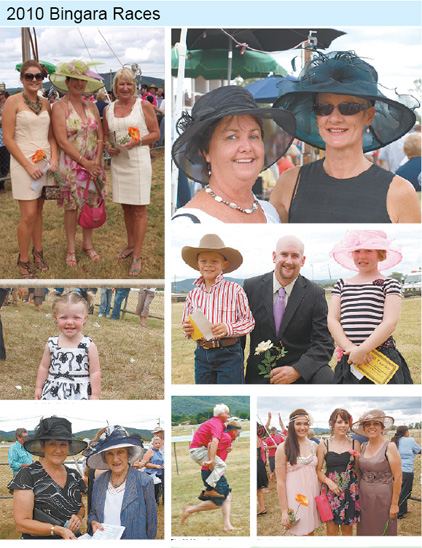 The competition has been embraced with enthusiasm by local race goers. Competition organiser, Bronwyn Neate said another category will be introduced next year for ladies, and finalists in the men’s sections will be called upon to escort the ladies for the final judging.