A number of organisations were represented at a ceremony to mark Remembrance Day, where a number of wreaths were laid.

About 35 people attended the service in the RSL Park. Bingara RSL Sub Branch President, David Young, told the gathering that Australia lost 61,000 men during World War I and another 60,000 had died within 10 years after the end of the war.

The total of Australian servicemen lost in war is 102,000. 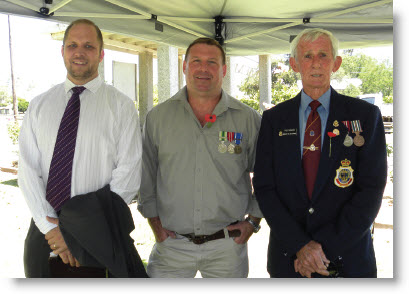 Prayers were led by Rev. David Swan, the singing was led by Rick Hutton and Patti Steiger, and the Last Post and Reveille was played by Brent Weightman.