It has only been a school sport for 12 months, but Tom Cannington’s skills in mountain bike riding helped propel his team from The Armidale School into first place at the NSW All Schools cross country championships in Sydney on 21-22 November. 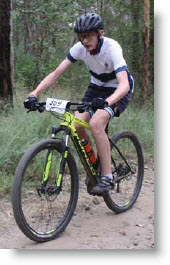 Tom, of ‘Glenall’, Bingara, and teammates Alex Kirk and Duncan Chalmers placed first in the junior boys division. Four TAS teams were among 200 riders competing in the championships, held at Yellowmundee Regional Park between Richmond and Springwood, with riders aiming to complete the highest number of laps of a designated course, in a four-hour period.

Their success helped propel TAS to second placed school overall at the championships, with the senior team coming home second after recovering from a flat tyre which saw them slip from first place to 14th in the fifth lap.The championships were to be held in June, but were washed out. 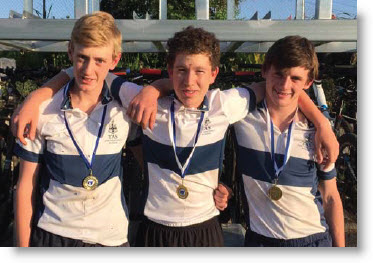 “All the boys put their bodies on the line and dug deep to come up with such a fantastic result,” said TAS Director of Will Caldwell, who accompanied the boys to Sydney.

“To achieve this success in just the first year of it being a school sport says a lot about the popularity of cross country mountain biking and the skill and commitment of the boys involved.