Gwydir League teenager, Brayden McGrady will always remember his first grade debut when the 16 year old stepped up and scored 40 points on Saturday. 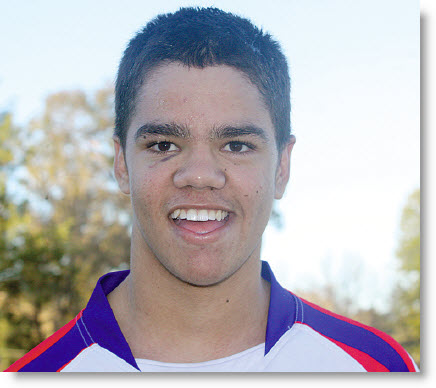 Coach Peter Steven’s made the bold move to call up the youngster from reserve grade to join big Brother David in the top side. Mitchell Porter scored in the first minute of the A grade fixture and this set the pattern for the game. Tries came at regular intervals with Brayden McGrady getting three, his cousin Nathan two and his brother David one making the score 42 to nil at the break.

The win has assured Gwydir third spot on the A Grade ladder and the right to host a semi final, a magnificent achievement in the first year of the joint venture.

In one of the best games played by Gwydir League Tag, the girls kept the final score within only two points going down to Ashford by 26 to 24. Kearni Churchland was named Player’s Player with Tiarna Molloy and Melissa Molloy receiving the coach’s points.

In Reserve Grade, Gwydir opened the scoring early with a try to Ted Cleal. Rocky Hall followed up with a try and then Sam Cooper did the same. The game settled into a hard slog for most of the half with Ashford posting two tries. Chris Churchland was the other try scorer in this half for the locals making the half time score 22 to 8.

The second half opened with Rocky Hall scoring off the kick-off. After this initial onslaught it took Gwydir a long while to have any more success before Cooper raced through some paper thin defence. Ashford then put the pressure on and their best player Hayden Pierce went over and then after Lachlan Dennison was sent off Peter Beveridge went over.

Michael Dennison went over out wide in the last minute to make the final score 38 to 20. Sam Cooper, Willie Price, Jake Aleckson, Jack Faint, Jordie Batchelor and Andrew McClymont were great in the forwards while Shawn Fletcher, Andrew Cleal, Rocky Hall and Chris Churchland were the pick of the backs.

This weekend’s game is against Premiership favourites, the Glen Innes Magpies. It is also the initial get together of The Old Boys Club, so if any ex-players would like to come along there will be a function organised.