Organisers of the Bingara Christmas Carnival Concert for the Farmer have been overwhelmed by the support for the event, not only through financial sponsorship but also the backing of organisations who will be offering support services on the night.

Among those attending the event will be The Rise Foundation of Australia; this organisation, which is funded by City Tattersalls Club, will be stopping in Bingara for the concert as part of a ten day tour of the region. Headed by former Bulldogs and Eels fan favourite Reni Maitua, the four-man team is on a mission to deliver health, wellness and resilience messages to towns around the region affected by drought conditions. Proudly funded by City Tatts, the grassroots project forms part of the Pitt Street Members’ Club’s $50,000 pledge to drought relief.

During the holistic roadshow, Maitua and his teammates will be giving talks at local high schools, community centres, footy clubs, Men’s Sheds and Clubs. At the Bingara event they will impart every day practical tools such as nutrition on a budget, basic accounting and ways to look after physical health for people dealing with poor mental health.  Joining Maitua will be World Rugby Level 2 Coach and CPA Shawn Howell and strength, conditioning and human biomechanics expert Clint Hill.

Also in attendance will be the Bingara Lions Club, National Australia Bank and Centrecare who will be assisting with the barbecue. Centrecare is an Armidale based organisation that specialises in providing counselling and social services and will be available to anyone who would like a chat. 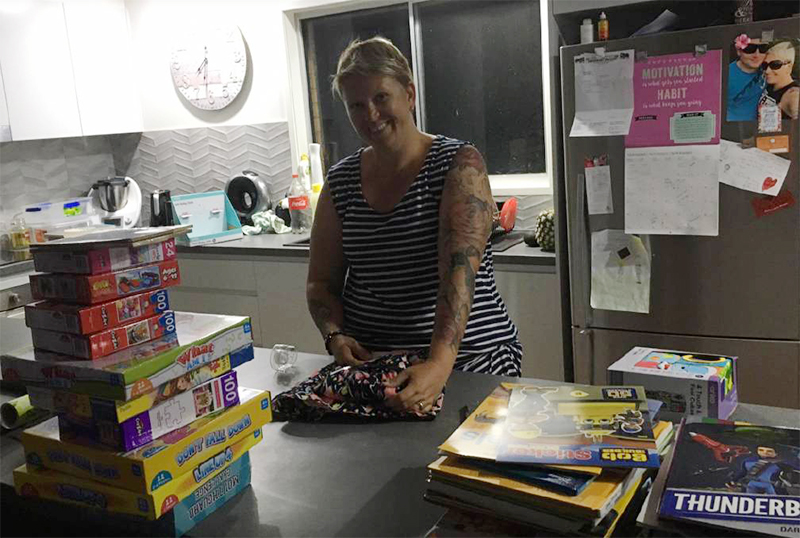 An extremely generous gesture of support has been extended to our community by Melissa Zwiep from the Macleay Toy Run. Melissa only wants one thing this Christmas – to ensure the children from drought affected farm families get at least one present this holiday season. It all started from a Facebook post and has since evolved into the “Macleay Toy Run”, which will see 300 presents delivered to Bingara and Barraba.

“I’m quite happy that the kids of families who have been devastated by the drought will be able to have something this Christmas” Ms Zwiep said. “This is specifically for the kids affected by drought, I’m a childcare worker and kids mean a lot to me.” The toys will be distributed to the children of Bingara by Santa on the night.

The concert will feature performances by local performers Tash Cooper, The Bingara Central School and Bingara Preschool, as well as Aussie rock legends John Schumann from ‘Redgum’, and Shane Howard from ‘Goanna’ and will be a night to remember. The event will take place at the Gwydir Oval this Thursday 6th December from 6.00pm. Those planning on attending the event are advised to bring along a chair or picnic blanket, and their own alcohol, however STRICTLY NO glass is to be brought into the event area.

For more information call the Bingara Visitor Information Centre on 6724 0066.