Under the organisation of Warialda local Tarney Hall, residents are coming together to raise much needed funds for Nikola and Milan, Bingara brothers in need of life saving bone marrow transplants.

“I created the account to raise much needed funds for my best friend Fiona Temple and her family,” Tarney said.

Fiona, originally from Warialda, will now spend months in Brisbane while her boys undergo treatment. She and the boys will be accompanied by their dad Vlad, and Fiona’s parents. 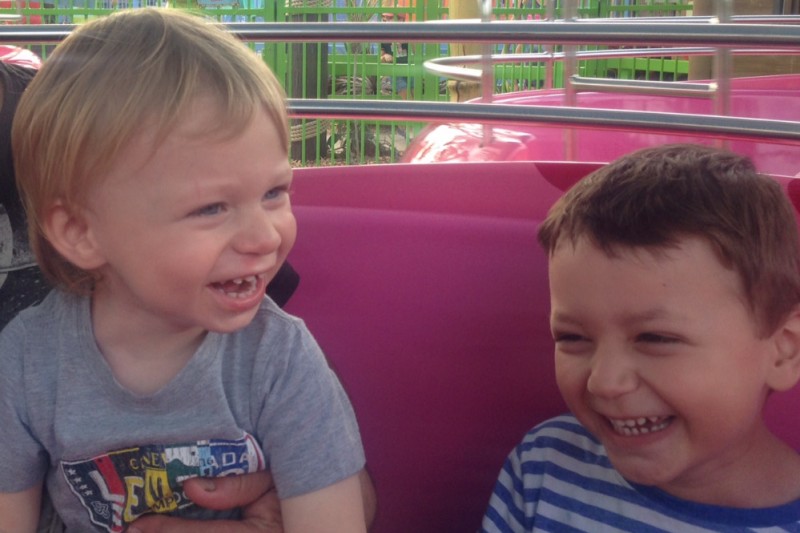 X-Linked Hyper IgM Syndrome affects the immune system and those living with this condition are lacking the correct antibodies needed to fight off infections and illness.

X-Linked Hyper IgM Syndrome appears in only 2 in every 1 million newborn boys.

“The treatment for this condition has been monthly ‘intragrams’, this is a transfusion of antibodies from healthy donors, so they get those antibodies that they lack,” Tarney said.

Living in Bingara, Nikola and Milan have to travel to Brisbane every month for these transfusions, journeys that have a huge emotional, physical and financial impact.

The boys have been making the 10-hour round trip every month since they were born.

The Temple family are no strangers to battling this condition. Fiona’s brother, Warialda boy Anthony Temple was too born with X-Linked Hyper IgM Syndrome.

“Because Anthony had [the condition], his body could not fight this parasite and he became very ill and passed away from it a couple of years ago. He was only 29.”

A bone marrow transplant is the only cure to this condition; however it is not 100% successful.

“As you can imagine this was horrifying news and decisions had to be made very quickly before this parasite started to affect Nikola, because once it did he would be too sick and a transplant would no longer be an option,” Tarney said.

Now both Nikola and Milan will go ahead and have the bone marrow transplants. While this procedure is the best chance to cure the boys, it will be tough.

“It will put them through weeks of agonizing, heart breaking hell that no baby or child should have to go through. They will endure a treatment combined with chemotherapy to kill every cell in their little bodies; they will be very uncomfortable and extremely sick,” Tarney said.

“They will then receive the bone marrow from their brothers, and beyond that is a terrifying waiting game, praying that their bodies accept the bone marrow and start producing new healthy cells.”

The boys have started their chemo this week, and will remain in hospital for a long period of time.

The strain on the family both emotionally and financially is severe.

Nikola and Milan leave four siblings in Bingara, and will not get to see their friends for months.

Tarney told Gwydir Newspapers that organising this fundraiser was her way of helping the family with accommodation, daily expenses and medical bills.

“If there is anything left over, I hope they are able to treat their children in some way.”

At the time of print, more than $2000 had been raised, a great sign of the support within the Gwydir community. To donate, visit www.gofundme.com/bingaraboys