There was a strong feeling of community pride amongst the students of Bingara Central at last Monday night’s Year 3 – 12 Presentation Ceremony.

Attending the evening was Member for Northern Tablelands Adam Marshall who spoke of the importance of grasping the opportunities that are offered at Bingara Central.

“Don’t be afraid to take on the opportunities you are given,” Mr Marshall said.  “Live life to the fullest, explore, dream big and live.”

Pte. Rafter spoke of the opportunities he gained while being at Bingara Central and went on to speak of his experiences in the Defence Force. Former school Captain and Dux of 2006, Jessica Heal presented this year’s Dux Awards before saying a few words to the crowd.

As a qualified Advance Care Paramedic with the Queensland Ambulance Service, Jessica praised the school and the opportunities offered to her in Bingara, particularly a traineeship at Touriandi Lodge which was a stepping stone to her lifelong dream of being a Paramedic. Jessica offered the following advice to the BCS students: “All I can say is dream big, stay humble and take the opportunities you are given but never forget your roots. Appreciate the small town you grew up in and the prospects it has given.”

The evening concluded with the exciting announcement of the school captains for 2016. Nikita Frazer is the 2016 School Captain with Ashley Frewen the new Vice Captain. The primary captain was announced as Thomas Young and Brooke McKinnon as Primary Vice Captain. 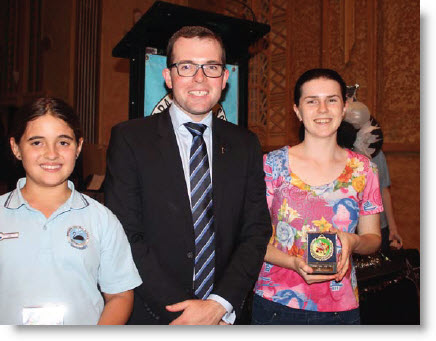 Primary School Dux of 2015, Tianna Sullivan with guest Member for Northern Tablelands
Adam Marshall and Dux of the School for 2014, Rachael Heaton. 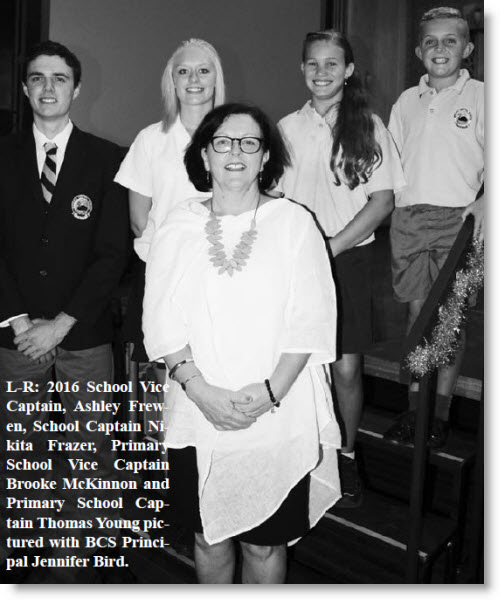