Community to meet the candidates this week

Voters will have the opportunity to listen to and question the three candidates standing for Council in the by-election to be held on November 16.

A ‘Meet the Candidates’ will be held in the upstairs meeting room at the Roxy Theatre next Wednesday, November 6.

The candidates outlined their reasons for running to The Advocate. 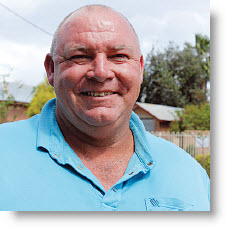 Tex Wright
A lot of people have asked Grant ‘Tex’ Wright to run for Council.
“I think I can give a bit back,” Tex said.  “Ever since I have been here I have been community orientated, with everything I have done. I can now put the time into it.”

“Because I have not been born and bred here, I don’t have the preconception of Bingara or Warialda. I am more of a ‘shire person’ rather than just one end.  My experience with The Rats has shown you can work together, people coming from every area in the shire and out of the shire to play, and the culture we have instilled is very family orientated, where the whole family can enjoy the day.

“Roads are a major issue, but also services for people, such as tip opening hours. It is a pain in the neck for rural people who come to town and find the tip closed.”

I don’t understand how the employment process at Council works, but would like to look into that. I know that people have been put off, but there are new faces there. These are internal issues, which I am keen to understand.

“Finding funding to do work is always a big thing.  Gwydir Shire has an aging population; both towns are losing a lot of youth because there is no real industry for them to start up in.”

Tex said he is hopeful the flour mill will be a success, as it will create some jobs. He also said that tourism and visitation needs to be promoted better.

When Tex came to Bingara he was invited to join the Lions Club, and has held the office of President for two years.  “I like the Lions Club, it is all community based,” he said.
Using a sporting analogy, Tex says that Council “keeps moving the goal posts”.

If elected, Tex warned, he will “probably rock a few boats”. 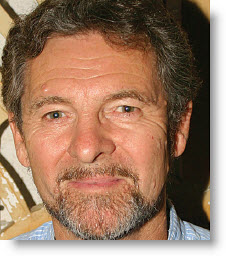 Rick Hutton
Rick Hutton is running for two reasons,  “One is that I feel I can now potentially achieve more by being on Council than being outside. In the last few years I always felt I could do more from outside than inside, but I am starting to feel it is more the other way,” Rick said.

“The other reason is I feel the future prospects of Gwydir Shire council as a local government entity are not looking good unless we find ways to address our population decline.  My main focus is to avoid being forced into another amalgamation by seeing real growth, and processes which will achieve that. I think the other area of concern for me is to see more engagement of community and to get more of the shire actively involved, and in particular look at opportunities with the rural sector, because that is where our population decline is."

“I am fairly certain, especially with my experience in business here, that if we don’t do that within five years, we are going to go below 5000 population for the shire and that could be the springboard for forced amalgamation.

“If that happens, because the shire is our largest employer, if we see a significant reduction of personnel there, we are likely to see spin-offs through the community, and I think that Bingara and Warialda, as viable low level town entities, are very much at risk. 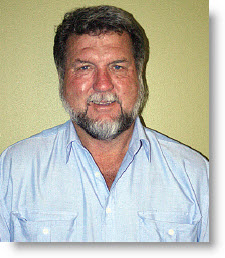 Jim Moore
Jim (Curley) Moore is running because “I think it’s a good thing to have representatives from both ends of the Council”. As no others from the northern end of the shire were running Jim thought he would put his hand up.

“I now have time to give back to the community,” he said.

Jim was the branch manager of Landmark at Warialda. However the branch closed at the end of June, so now he works for Total Ag.

Born and bred at Warialda, Jim worked in Sydney for a number of years, where he met Chris to whom he has been married for over 30 years.

Jim has been involved with the Football club, Rotary, and the old Chamber of Commerce, and believes it is now time to ‘give back’.

Jim believes the whole community has to become more community minded, rather than sitting back and waiting for Council to take the initiative on issues.

“The community should take ownership of projects, bring them to the table, take responsibility and drive them and make them happen.

The Gwydir Shire Council has to generate things that make businesses more viable, create more employment to bring more business to the community, and try and attract more business.

Asked about the decline in the population in the shire, Jim said the dwindling population is brought about by the young people leaving and not coming back to the land.

“The future on the land is hard, and young people choose another avenue for employment rather than coming back on the land,” he said.

To address the declining population, Council would, Jim said, “have to find some pretty massive businesses to come to town to bring a lot of people back.”

“We do, though, have to try and bring people here to stay. We have to try and attract the 18 to 30 age group to live here, start families, but I don’t know how,” he said.

“Local government is run by a set of protocols and you can only set things in motion to make it happen.”

Jim said he does not like seeing empty shops, and said the community can work to see those shops display items relevant to the towns, such as a display of war memorabilia in the shops. He stressed a project like that needs to be community driven.

“You can’t keep going back and say it is a Council problem, Council has done and is doing a very good job, we have the best parks, the best football fields, the Roxy, a really eye catching tourist information centre in Warialda, Hospitals, doctors, not too many towns with our population have the total independence of doctors we enjoy,” he said.

A Meet the Candidates is also planned, to be hosted by the Warialda Standard, in the week leading up to the election.