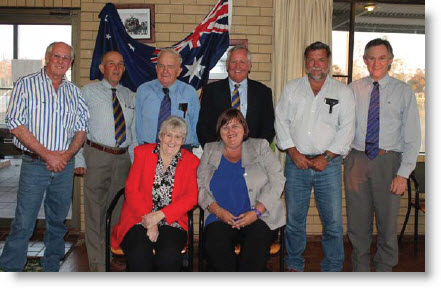 Following his re-election, Coulton thanked his colleagues for their confidence and was proud to take on the role.

This will be the seventh year of a Coulton/Egan duo, with the Mayor sharing his confidence in his deputy with the gallery.

“You do need a person at each end of the Shire, and Catherine is a very good person for this job,” he said.

“It is a great honour to be re-elected and I will endeavour to do the job as you all see fit,” Cr. Coulton said.

“This is our last year together before the Council elections next year, and it is going to be a tough one, but I think we have the right team for the job”.

Cr. Egan, who was unable to attend the meeting due to a family funeral, told the Advocate she was delighted to be re-elected.

“Gwydir Council is harmonious and well balanced,” Cr. Egan said. “The Councillors work well together, we have all worked hard for our gains, and I thank my fellow Councillors for their confidence.”