BingaraLatest NewsThe RoxyCount down is on for Amber Lawrence Concert

Count down is on for Amber Lawrence Concert

The talk of the town at the moment is the up-coming Amber Lawrence Concert on Sunday November 30 at the Roxy Theatre Bingara.

Ticket sales are taking off, especially from other regional centres so locals are encouraged to book soon, and as there is no box plan, be early to secure your seat.

The Fitness Centre Fundraising Committee is busy organizing this great event and is urging the community to support its efforts to raise funds for the conversion of the Sporting Club squash courts in to a 24 hour fitness Centre.

This will benefit all members of the Bingara community and promote a healthy and physically active lifestyle. 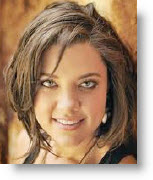 Amber Lawrence is an award winning singer. Amber has released 4 albums, been a 2013 finalist for the CMA Awards- (Female artist of the year) released 13 singles that have reached either No.1, Top 5 or Top 10 on the Country Music Radio Chart and the CMC video charts.

She is the recipient of no less than 10 awards and two APRA nominations.

Amber has also hosted “Saturday Night Country” and won the Telstra Horizon Award (2010). She is well known for her sell-out shows at the Tamworth Country Music Festival and played at all the major festivals including the Gympie Muster and CMC Rocks the Hunter.

In Bingara, Amber will perform some of the tracks on her latest album “Superheroes” which was produced in Nashville.

One of her key attributes is her performances at schools when she is on tour, giving back to the younger generation coming through with song and motivation.

Amber has recruited Kaylens Rain as her special support act and Glen and Kaylee Harrison bring a new and fresh sound to the genre.

Would you like to be a VIP for an afternoon?

Gold package VIP tickets are on sale and include a reserved seat for the show, drinks and nibblies and two-course dinner at the Roxy Café – a “once in a lifetime” opportunity to meet Amber and mingle with the stars after the show. A portion of the package is a donation to the Fitness Centre.