The Earth’s pulse was in overdrive over the weekend for the inaugural Pulse of the Festival, hosted at the Living Classroom in Bingara. The blustery weather blew visitors in who were as far away as Victoria to Queensland, coupled with a sprinkling of international visitors. 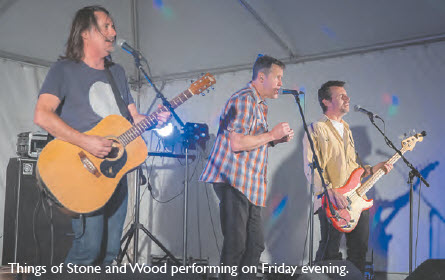 “Friday night was disappointing in numbers but the stoic people who did make it, found the weather enhanced the experience and helped to bond all the different people that were there,” explained committee member, Garry McDouall. “It really brought it home to those from the city, that things are tough out here.”

“City counterfolk were impressed with how resilient we are and how we can make the best of any situation,” added committee member, John Bishton. John told the Gwydir News that there were approximately 1000 people over the weekend with 50-60 campsites at the Showground. “Camping at the Showground was terrific, because they were out of the wind compared to when you ventured over to TLC,” said John.

The Groundswell marquee was packed full of attentive attendees, listening to the various disciplinary guest speakers who are experts in their fields, developing dialogue and encourage an interchange of ideas over the weekend. “We had over twenty people talking and there was this incredible buzz in the marquee; the artists really embraced regenerative agricultural and with great passion,” said Garry.

John Bishton spoke highly about the talented musicians that graced the stage over the weekend, having a great time and would love to come back to perform at future events. “The musicians were fantastic and none of them had ever played in such weather conditions, but they really got into the evening and thought the dust storm was quite a novelty,” said John.

Garry explained how climate change was actively approached over the weekend and that we have to face it, but also patient as change takes time. “Damon Gameau’s documentary 2040, had 220 people watch his film in the Roxy Theatre on Saturday evening which is incredible and he was engaging to listen to before and after the film,” said Garry.

The event catered to everyone, providing plenty of entertainment on the main stage, various market stalls to wander through as well as interactive market stalls, creating a wholesome family friendly event that the whole region could enjoy. “This event was an experiment as originally the space at the Living Classroom (TLC) wasn’t designed for events, but this is what puts country towns like Bingara and the Gwydir Shire on the map,” adds Garry.

Garry explains how if this narrative can continue to be developed, more visitors will come and explore the area. “There was so much positive feedback from those who attended, appreciating the space and what is being achieved here at TLC. Whilst they’re here, these visitors are boosting the local economy and hopefully when they go home, they’re sharing the word of the region with their friends and family.” 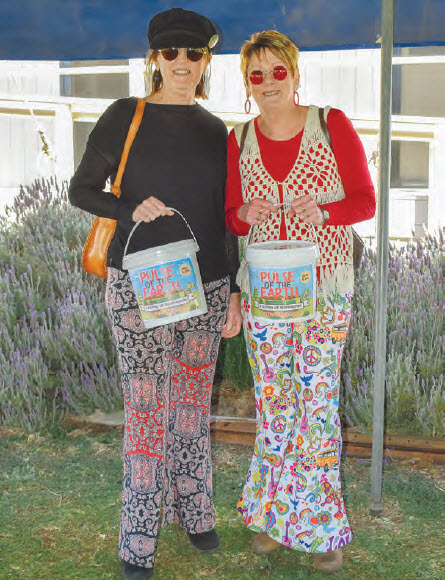 “The theme of regeneration and regenerative agricultural will take off and the project like TLC, it has the potential to become something of international importance and TLC can be part of the answer in combating climate change,” added Garry.

The kid’s creative corner was also a hit with attendees, providing a safe space for children to play as well as create natural arts and craft, blast off on the jumping castle, or play with bubbles.

“Amelie Vanderstock hosted an engaging native bee demonstration with the kids and she was absolutely fantastic,” gushed Garry. “Amelie has hosted kids zones at other festivals and she said this was the best setup up and creative corner she had seen anywhere which is a credit to the committee,” said Garry. The future plans of the festival have still yet to be decided in a post event committee meeting but the future looks promising for the Pulse of the Earth according to Garry.

“We’d like to simplify the format, and host the event biannually; there is plenty of potential and growth for the festival.” There will be a debrief festival meeting for anyone who wishes to attend. It will be on next Tuesday at 4pm at the Imperial Hotel, Bingara.

“We would like to thank and acknowledge all the volunteers who helped over the weekend as well as leading up to the event; it takes an extraordinary number of people who contribute to make events like these possible,” said Garry McDouall. “Without the help of the sponsors as well as the community organisations such as Rural Fire Service, SES, Gym Committee, Bingara Lions, this event wouldn’t have been possible.”

The committee would also like to say a special thank you to the Gwydir Shire Council for their contribution. “It was a joint effort and we couldn’t have hosted such a successful event without their help and working together is the only way events can succeed,” concluded Garry.